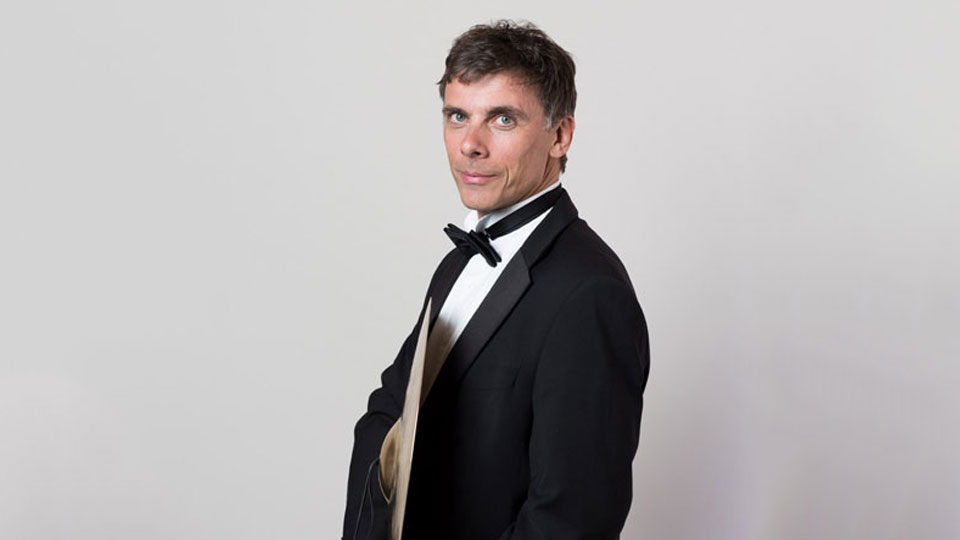 Andrew Barclay is the London Philharmonic Orchestra’s Principal Percussionist and has been a member of the Orchestra for 21 years. After studying at the Royal College of Music, he embarked on a wide-ranging freelance career with London and regional orchestras, chamber ensembles and contemporary music groups. In 1990 he joined the Bournemouth Symphony Orchestra and spent five years there before being appointed to the London Philharmonic Orchestra.

Andrew has performed in West End shows including The Lion King and Les Misérables; on film soundtracks including The Hobbit, The Lord of the Rings and Harry Potter; and on other film and TV projects. He has also appeared as Guest Principal with the Philharmonia, London Symphony and Royal Opera House orchestras, among others. In 2010 he performed with London Brass at the Papal Mass in Westminster Cathedral to celebrate the visit of Pope Benedict XVI.

As a teacher, Andrew is much in demand: he is a Professor of Percussion at the Royal Academy of Music and is regularly invited to give masterclasses at home and abroad. He recently became the percussion coach at the Britten-Pears School, and was appointed to a similar role with the Aldeburgh World Orchestra in 2012.