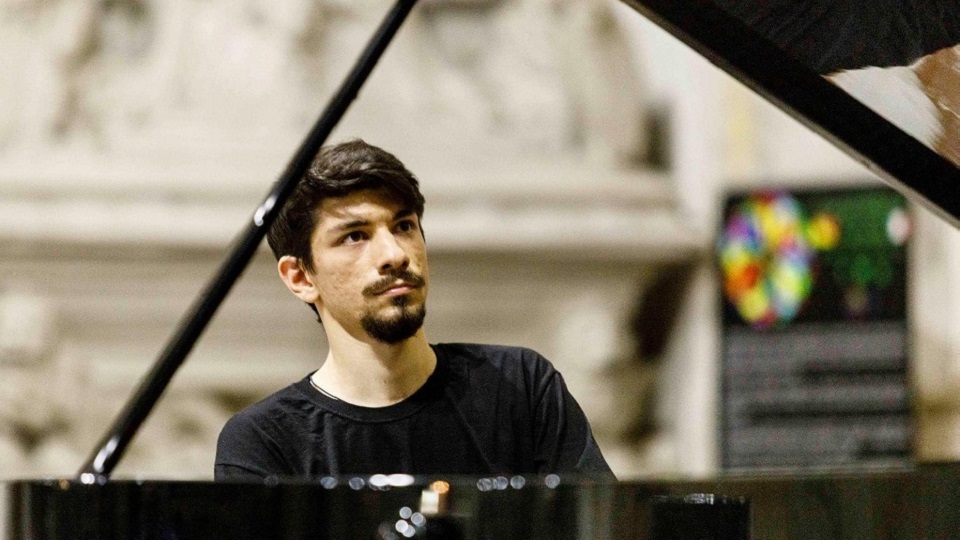 Francesco is a doctoral student at the Royal College of Music, supervised by Professor Natasha Loges. His research focuses on the figure of the eclectic pianist Friedrich Gulda, who pushed the boundaries of classical piano performance beyond the traditional piano recital through his cross-genre performance activity. He is an RCM Studentship Holder.

As a pianist, Francesco has been awarded several prizes at national and international competitions, including Arcangelo Speranza (2019), Dinu Lipatti (2018), Concentus Roma (2013). In 2016, he was selected as the best male artistic talent at the 7th edition of the National Olympics of Culture and Talent. In 2012 he performed at the Auditorium Parco della Musica with Lang Lang as part of the event “Lang Lang – 101 pianists”.

In 2021 Francesco achieved his Master of Music in Performance with Distinction at the Royal College of Music, in the class of Gordon Fergus-Thompson. He had previously studied in Italy with Massimo Spada at Conservatorio Santa Cecilia and with Daniel Rivera at the International Academy AIMART of Rome, achieving his piano degree with honours. He attended masterclasses led by renowned pianists such as Boris Petrushansky, Beatrice Rana, Jan Jiracek von Arnim, John Lill and Noriko Ogawa.

Francesco has performed in many venues as a soloist and in a range of chamber ensembles. He has also taken part in many international festivals, such as Festival Federico Cesi, Villa Pennisi in Musica, Duchi D’Acquaviva, Suonaroma and Villa Borghese Piano Day, often programming classics of the piano repertoire alongside less familiar names, such as Albéniz, Blanchet, Alkan, Blumenfeld, and Godowsky.