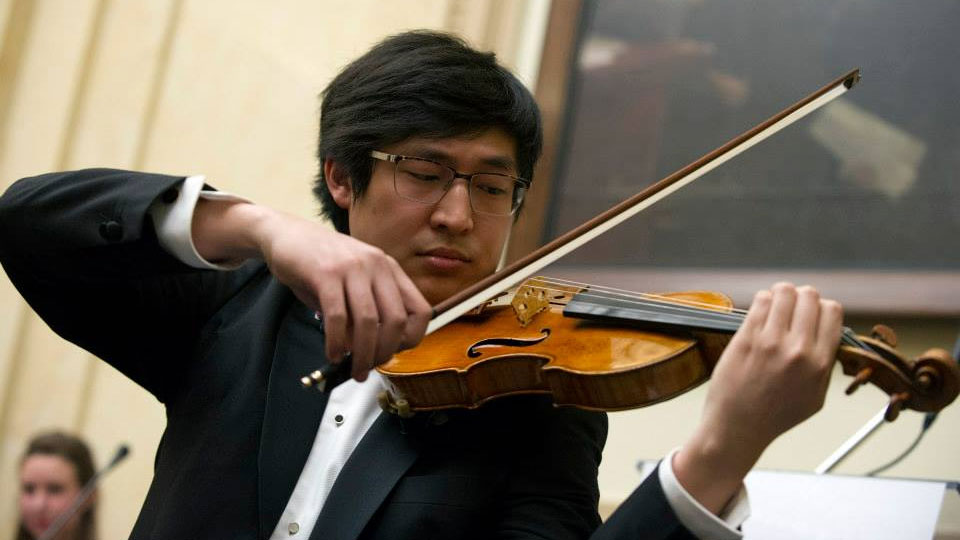 Max’s research focuses on J. S. Bach’s Six Sonatas and Partitas for Solo Violin. In particular, it focuses on performance practice issues that arise when playing these works on the modern violin. The research very much refers to historically informed practice, including substantial work on Baroque dance, as well as early recordings of these works. It also examines the role of such sources in performing these works today.

In 2013 Max was admitted as a Fellow of the Royal Schools of Music, and has given concerto performances with orchestras in the US, UK and China. As an avid chamber musician, he was a member of the Brattle Street Chamber Players in Boston and fourbythree in New York. His performance repertoire extends beyond early music: he gave Guernsey’s première of Messiaen’s Quartet for the End of Time in May 2019.

Max obtained his Artium Baccalaureus in Philosophy from Harvard University and his Master’s in Physics and Philosophy from Columbia University. He qualified as a Solicitor of England and Wales through Freshfields Bruckhaus Deringer LLP and has been called as a Barrister by the Honourable Society of the Middle Temple.