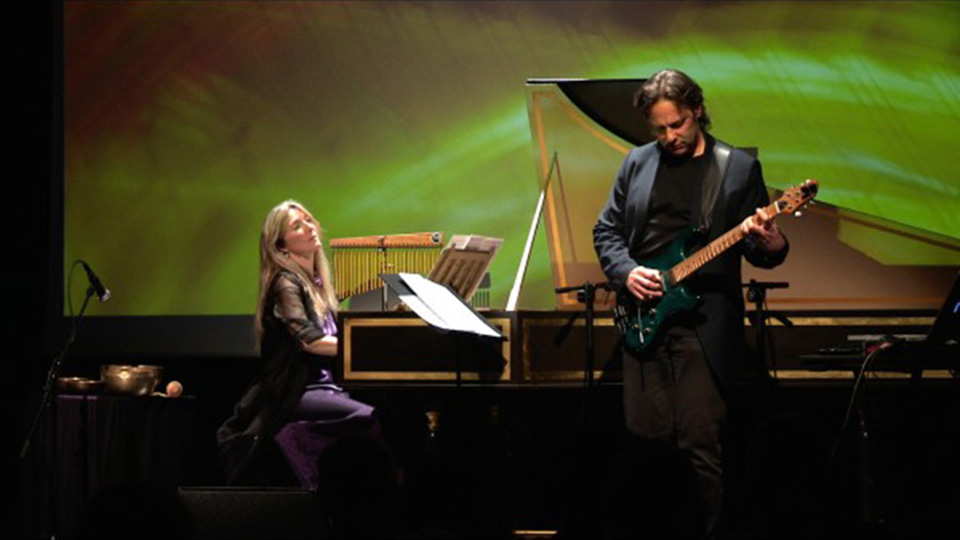 Jane Chapman, described as 'Britain's most progressive harpsichordist' (The Independent on Sunday) and 'the hippest harpsichordist around' (Metro), studied with Ruth Dyson at the RCM and with Ton Koopman at the Amsterdam Conservatory. Her CDs of 18th-century English music, The Lady's Banquet, and of the 17th-century French Bauyn Manuscript, offered the first extensive overviews of important sources previously unexplored on disc, and were both highly acclaimed. Ground-breaking recordings also include WIRED featuring electroacoustic works by British composers. Her discs of the Oriental Miscellany the first transcription of Indian music in Western notation published in 1789, and Rounds by Berio were both awarded the Preis der Deutschen Schallplatten Kritik.

Equally passionate about baroque and contemporary harpsichord repertoire, she has given the first performances of well over 150 solo and chamber works, many written specially for her. She has compiled and edited two issues of the scholarly journal Contemporary Music Review on the performance of new music for harpsichord. In the words of Harpsichord and Fortepiano magazine, 'her progressive spirit and comprehensive technique have inspired composers to forge new parameters and sound worlds for the harpsichord with works of unprecedented musical and technological scope'. Jane has been featured at many major festivals, and has recorded extensively for BBC Radio 3. Residencies have included UNAM, Mexico, UC Berkeley, USA, Goldsmiths College, London, King's College London, where she was artist in residence supported by the Leverhulme Trust. She has adjudicated at major competitions such as the Historical Keyboard Society of North America Jurow International Harpsichord Competition, and the Prix Annelie de Man in the Netherlands. Jane is Turner Sims Fellow at the University of Southampton, and is an Honorary Fellow of Dartington College of Arts.