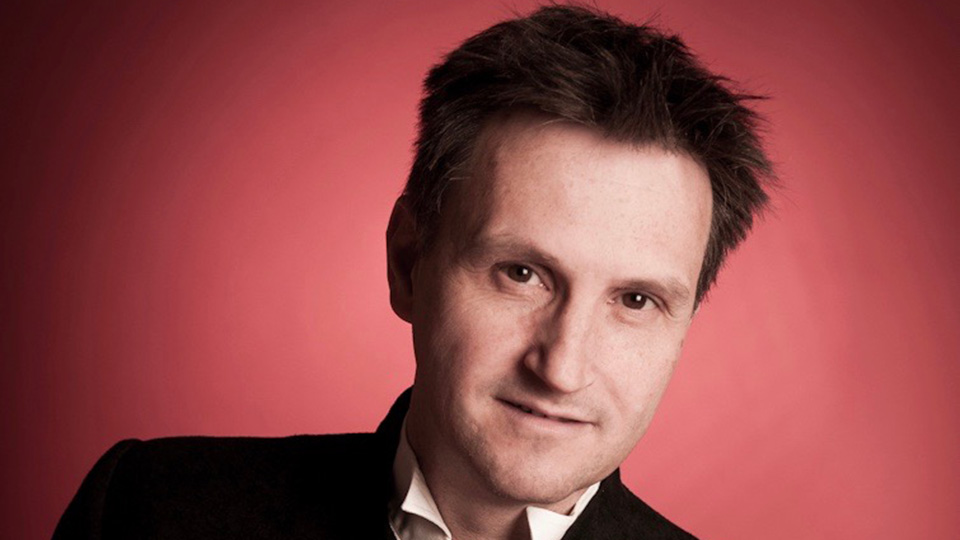 Cameron Sinclair studied percussion at the Guildhall School of Music and Drama and was awarded the Dove Memorial Prize, Principal’s Prize and Philip Jones Prize. He subsequently studied composition with Martin Butler and Jonathan Harvey at the University of Sussex. He combines composing and conducting with a busy freelance performing career, playing with orchestras and ensembles such as the Philharmonia, Chamber Orchestra of Europe, Glyndebourne, English Chamber Orchestra and period ensembles like the Gabrieli Consort and Orchestre Romantique et Revolutionnaire. His writing output ranges from orchestral works to chamber, choral and electronic music and he has been commissioned for the Venice Biennale, Turin Festival and by various ensembles including the Britten Sinfonia, Ensemble Bash and the Paragon Ensemble. His music has won a British Composer’s Award, the Butterworth Prize and Scottish Composers Prize.

Cameron is particularly interested in inter-disciplinary projects and has often collaborated with scientists, visual artists and architects. He was awarded an Arts Council Fellowship to be Artist in Residence at Cittadellarte during which he collaborated on many works shown in galleries throughout Europe and was a director of the Vietato L’Accesso River Festival in Biella, Italy, which brought together musicians, architects, industrialists, artists, ecologists and local food producers to create a series of events around the historic industrial architecture of the city.

Committed to outreach work, he recently directed an education project for the Cambridge Music Festival in association with scientists working on the Genome Project and has devised projects for the RCM, RAM, Tate Gallery, Royal National Theatre, Children’s Music Workshop and English Pocket Opera.

More information can be found at www.cameronsinclair.co.uk.