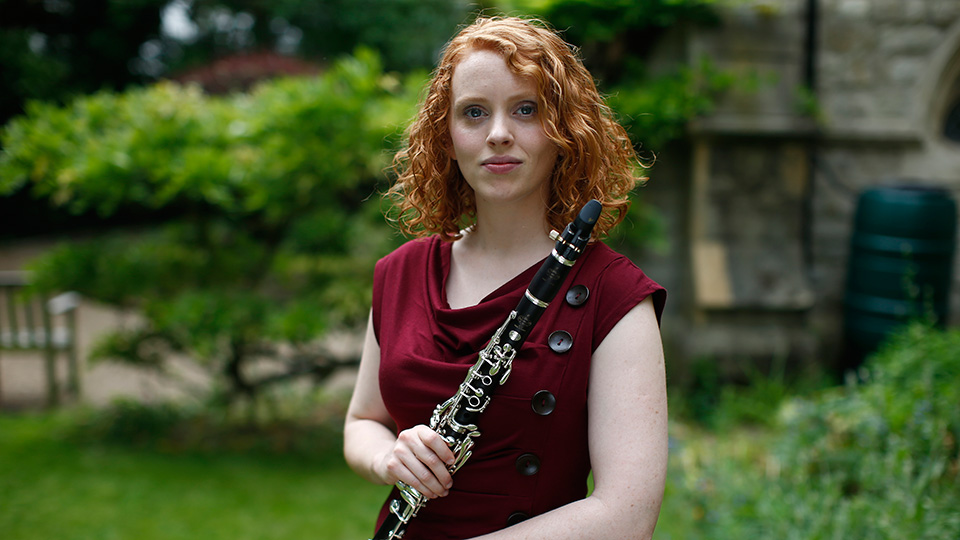 London based Irish clarinettist Jessie Grimes balances a busy schedule performing as a soloist, chamber musician and orchestral player, as well as a teacher and animateur. Upon graduating with an MMus from the Royal College of Music, Jessie was awarded the Worshipful Company of Musicians Silver Medal for Outstanding Musical Achievement, RCM Rising Star and RCM Senior Woodwind Prizes. She is a founding member of the Jacquin Trio, with whom she has won the Royal Overseas League Ensemble Competition, St Martin-in-the-Fields Chamber Music Competition and the Tunnell Trust Award. They are international competition prizewinners at the Salzburg Grand Prize Virtuoso Competition, and the 19th International Chamber Music Competition, Thessaloniki. The Jacquins are also Live Music Now Artists, Park Lane Group Artists, and recently studied with scholarships at The Banff Centre and at IMS Prussia Cove. As an orchestral musician, Jessie been principal clarinet of the Wexford Festival Opera Orchestra for the past three seasons and regularly works with the BBC and RTE Orchestras and Camerata Ireland. As a student she enjoyed many tours with the European Union Youth Orchestra as principal bass clarinettist. Jessie teaches clarinet at the RCM JD and is an outreach mentor for their degree students. She is an Artist in Residence for ARK Schools where she teaches ukulele and leads woodwind ensembles. As an animateur she leads workshops, residencies and pre-concert talks and has presented live on BBC television.