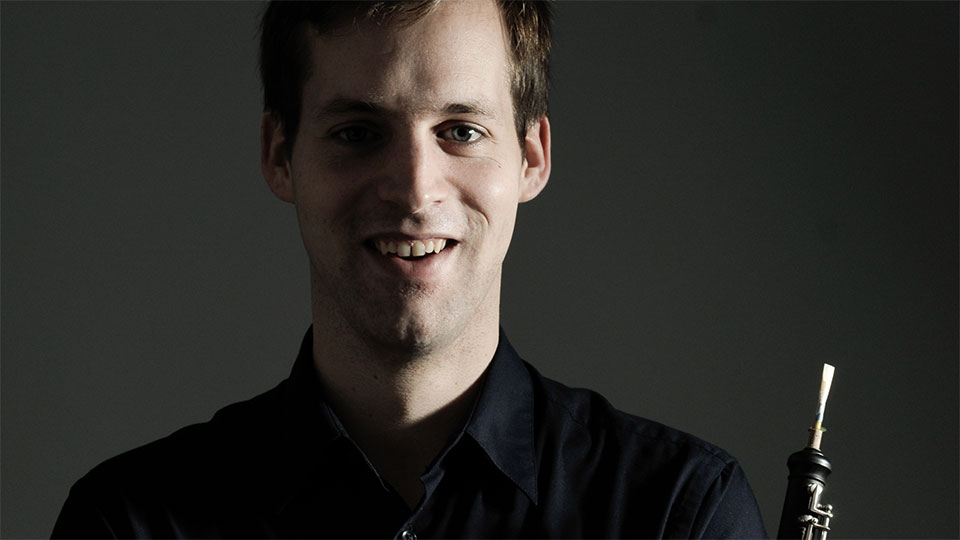 James is an accomplished oboist highly sought after for solo and chamber music concerts. Gramophone Magazine described his first recital disc, Fierce Tears, as "a notable debut" and Classical Music Magazine selected it as their Editor's Choice Recording. As a featured artist of the Concert Promoters Network and the Countess of Munster Recital Scheme, James has performed frequently throughout the UK and Europe. He has appeared as a soloist in live radio broadcasts and at festivals including the Oxford Chamber Music Festival, Swaledale, King's Lynn and Cambridge Summer Music. In 2010, he performed his debut recital at the Wigmore Hall as a Maisie Lewis award winner from the Worshipful Company of Musicians.

James was seven when he began his oboe studies, learning with Irene Pragnell, Melanie Ragge, Celia Nicklin, Tess Miller and Chris Cowie. After gaining a First Class degree in music from Christ Church, Oxford University, James continued his oboe studies at the Royal Academy of Music and under Nicholas Daniel at Trossingen Musikhochschule in Germany, where he was awarded First Class for both his Artist and Soloist Diplomas.

James is deeply committed to expanding the oboe repertoire. Composers including Patrick Hawes, Thomas Hewitt Jones and Norbert Froehlich have written for him. He has also worked closely with Michael Berkeley, John Casken, John Woolrich, Thea Musgrave and Tansy Davies on their compositions for oboe. James has a keen interest in researching lost repertoire and bringing to new audiences works which have been rarely performed.

Aside from his performing interests, James is dedicated to broadening the appeal of the oboe and encouraging young people to learn the instrument. To this end, he has launched a project called ‘The Young Per son’s Guide to the Oboe’ with an accompanying website LearnToPlayTheOboe.com. James is frequently invited to give masterclasses, workshops, and lectures about the oboe.