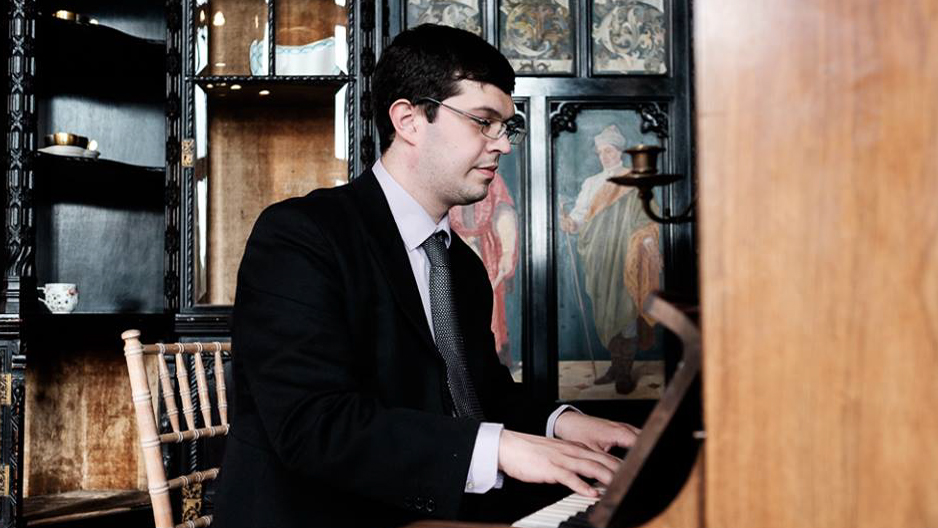 Martyn is currently Sub-Organist at H.M. Chapel Royal, St. James’s Palace, Musician-in-Residence at Highgate School and Piano Accompanist to the Royal College of Music Junior Department. He has previously held organ posts in Liverpool and Southwark Cathedrals. In the UK, he has given recitals in places such as Buckingham, Hampton Court and St. James’s Palaces as well as Canterbury Cathedral, York Minster and Liverpool Cathedrals. He has also played in Paris, Leiden (Holland), Budapest, Brussels and Northern Ireland.

As well as being a professional organist, Martyn is also a piano accompanist. He has accompanied many choirs/choral societies in and around London including the English Baroque Choir, Concordia Chamber Choir and Lewisham Choral Society and has worked with people such as Jeremy Jackman, Sarah Walker and Matthew Best. On top of his various accompanying roles, he has also accompanied for professors and students at the Royal College and Royal Academy of Music, the Royal College of Music’s Chorus and for the British Isles Music Festival which took place in Charterhouse School, Godalming. He has also played for the UK tour of ‘Miss Saigon’ at the Alhambra Theatre in Bradford and the Theatre Royals in Plymouth and Norwich.

In 2015, Martyn graduated with a first class Bachelor of Music degree from the Royal College of Music, London and in recent years has appeared live on BBC Radio 3, BBC Radio 4 and has recorded choral CD’s for Priory and Signum Records. He also plays, annually, for ClassicFM’s broadcast of Carols from Buckingham Palace which airs immediately after H.M. The Queen’s speech on Christmas Day.