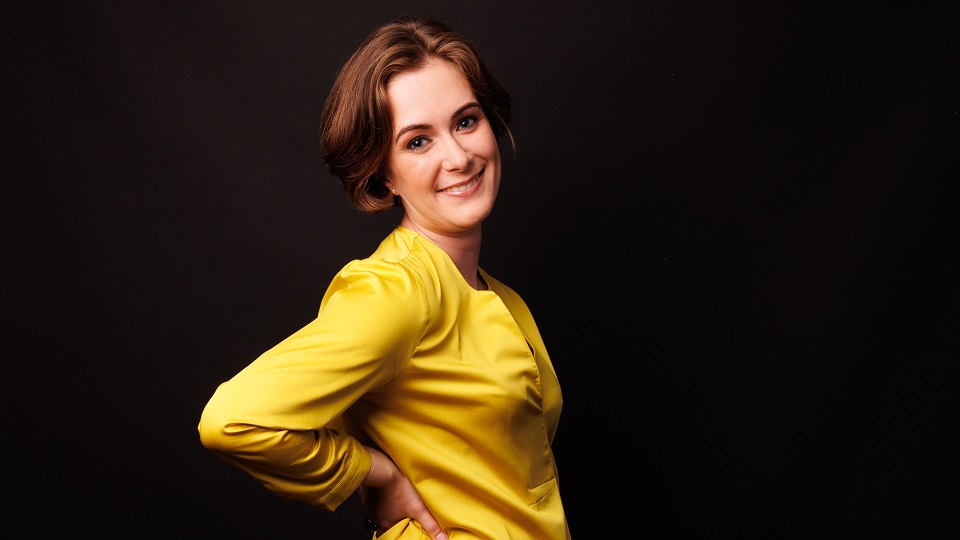 British Soprano Harriet Eyley is increasingly in demand on the Operatic Stage and Recital Halls across Europe, hailed as “silver-toned and effortless, by turns virtuosic and exquisite” (The Guardian).

Concert engagements include Beethoven Unleashed: the 1808 Concert with the BBC NOW and New Year Gala Concerts with the Scottish Chamber Orchestra. Harriet has performed in Lucy Worsley’s Queen Victoria’s Music (BBC), live for BBC Radio 3 InTune and for His Majesty, King Charles III at Buckingham Palace.

Challenges posed by exploration of en travesti have influenced Harriet’s doctoral thesis - The anachronism of the operatic Travesti in the 21st Century - for which she is an RCM Studentship Holder. As an alumna of the RCM, Harriet received an Artistic Diploma in Opera, in addition to First Class BMus and MMus (DipRAM) degrees from The Royal Academy of Music. Harriet remains under the esteemed tutelage of Lillian Watson and is the grateful recipient of numerous awards, including the Siow-Furniss Scholarship.