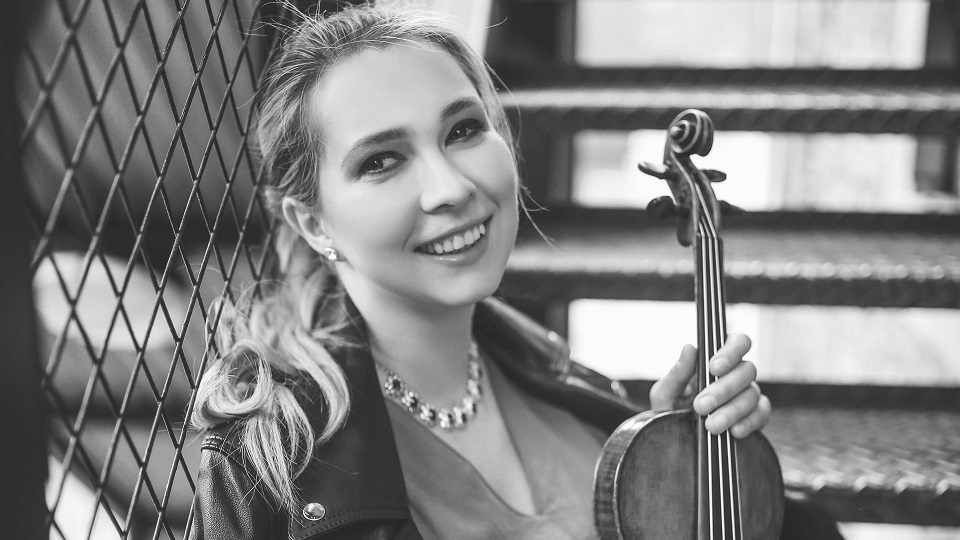 Anna is an RCM Doctoral Bursary Holder pursuing a DMus at RCM, where her research explores the artistic legacies of Mathieu Crickboom, one of the dedicatees of Eugene Ysaÿe’s 6 solo violin sonatas. Anna’s supervisors are Professor Richard Langham Smith and Dr Maiko Kawabata.

Russian-born British violinist Anna Ovsyanikova started her music education at the Pre Conservatory School-College named after Rimsky-Korsakov in St. Petersburg, Russia. At the age of 16 Anna made her international solo debut in Germany performing Vivaldi and Haydn violin concertos. Anna went on to study in the UK, completing her Bachelor of Music at the Birmingham Conservatoire with 1st class honours. She then studied at the Royal Academy of Music where she graduated with Distinction from the Masters programme and was awarded the prestigious DipRAM for the outstanding final recital in her year.

Anna has established a reputation as a soloist, having won several international competitions and performing concertos with Birmingham Philharmonic Orchestra, Orchestra of the City, Royal Academy Symphony Orchestra, Dinu Lipatti Philharmonic in Romania amongst many others. As a recitalist and chamber musicians she has performed in venues including Wigmore Hall, Cadogan Hall, Royal Festival Hall and Purcell Room, Embassy of Russia in the UK, Birmingham Symphony and Birmingham Town Hall.

Presently she appears as a freelance player with different London orchestras including the orchestra of the Royal Opera House and BBC Concert Orchestra. As a member of London Contemporary Orchestra she recorded tracks and performed with artists including Beck, Frank Ocean, Goldfrapp, Donovan, Jimmy Page, Thom Yorke and Jonny Greenwood from Radiohead.