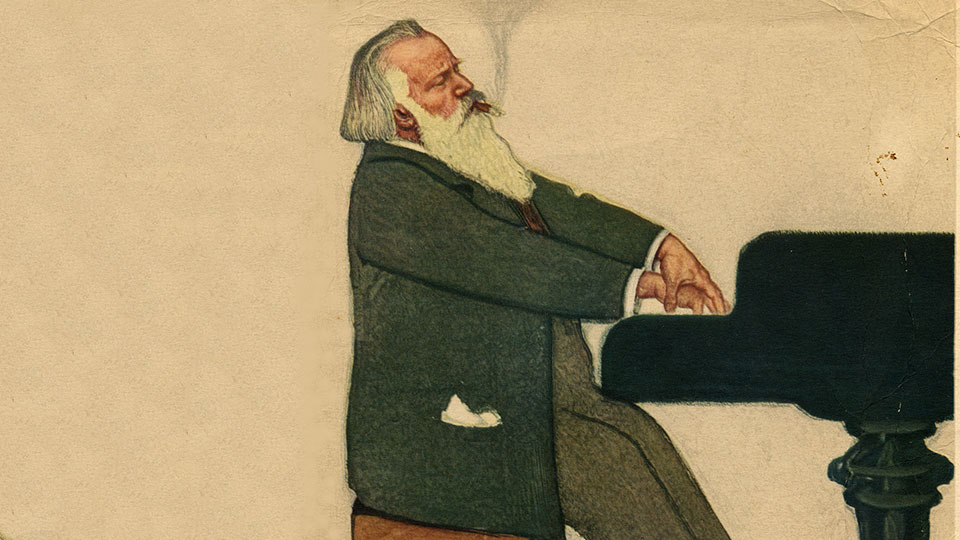 A significant new publication on the life and work of composer Johannes Brahms, and the first volume to focus on a major musical figure within the Cambridge University Press 'In Context' series.

Natasha Loges and Katy Hamilton co-edited the well-received collection Brahms in the Home and the Concert Hall (Cambridge University Press, 2014). The Gramophone reviewer wrote that 'few books on 19th-century music have told me as much or afforded such pleasure in the reading of them.' Scholarly reviews praised the 'wide range of methodological perspectives' and the drawing of 'various strands into a coherent whole'. Loges’s encyclopaedia of Brahms's song poetry, Brahms and His Poets: A Handbook appears in autumn 2017 (Boydell & Brewer). Hamilton, who gained her PhD at the RCM, is a leading figure in public engagement in classical music, giving talks and writing programme notes for a large range of festivals.

The solo songs of Johannes Brahms are fundamental to the song canon as well as to the training of singers and accompanists. They are a staple of the recital stage. And yet we know almost nothing about many of the poets whose work he set. Organised as an easy-to-use alphabetical lexicon, this study brings together detailed entries on each of the poets whose poetry he set in solo songs. Each entry considers Brahms’s response to the poet, followed by a consideration of how their work was received more widely in his day, and ending with a brief biography. A substantial introduction contextualises Brahms’s approach to poetry in general within wider Austro-German culture. Drawing on a wide range of source material including Brahms’s own library and unpublished notebooks, the study is designed to be an indispensible reference for singers, song accompanists and scholars of German song.

Interview with Tom Service on Music Matters, BBC Radio 3, 20 January 2018, about Brahms and His Poets with Stephan Loges.

Book launch including performances  at the RCM 24 January 2018.

Brahms round-table, Sheffield Music in the Round, 17 May 2019