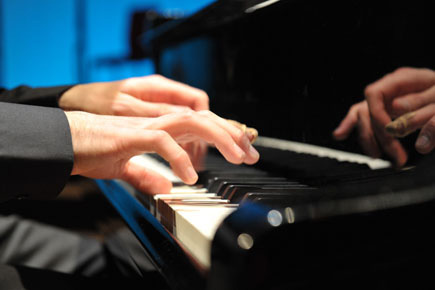 RCMJD pianists at the Southbank Centre and Wigmore Hall

This autumn, pianists from the RCM Junior Department (RCMJD) performed in two of London’s most prestigious venues.

On Thursday 27 October, during half-term week, RCMJD pianists presented a Bartók marathon at the Southbank Centre. Mikro-Bartók included what is believed to be the first ever UK performance of Bartók’s complete Mikrokosmos for solo piano – all 153 pieces. Not only that, but colleagues studying on the RCM's undergraduate and postgraduate programmes were also present, performing the complete Violin Duos, and a number of other Bartók piano works.

Then at 2.30pm on Sunday 6 November, no fewer than eleven RCMJD pianists headed to the Wigmore Hall for the Winners’ Concert of the Jaques Samuel Pianos ‘Junior Department Festival'.

These exceptional performers were selected for this concert after competing against fellow students from the other three London conservatoires: the Guildhall School of Music & Drama, the Royal Academy of Music and Trinity Laban. Thanks to a series of stunning performances, more than half of those selected for the Winners’ Concert currently study at the RCM. Congratulations to them all.