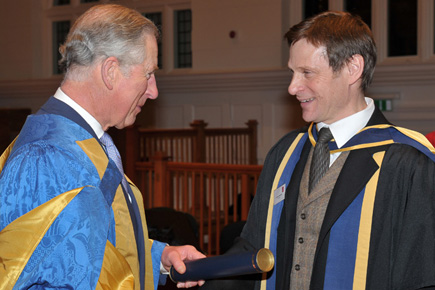 On Wednesday 14 March, HRH The Prince of Wales visited the Royal College of Music, where in his role as President of the RCM, he presented special honours at the College’s annual awards ceremony.

After the ceremony, His Royal Highness attended a short concert in which the Tagore medallists performed works by Beethoven and Bach. HRH also heard the RCM Chamber Choir perform a short work by Sir Hubert Parry, the second Director of the Royal College of Music, who is one of His Royal Highness’s favourite composers.