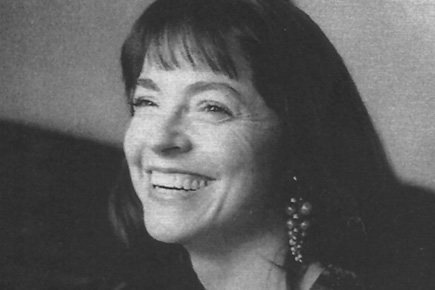 A tribute to Raenelda MacKie

It is with immense sadness that we report the death of Raenelda MacKie, one of our Doctoral students. Raenelda was diagnosed with cancer less than two years ago and had bravely undergone both chemo- and radio-therapy. In December she declined severely and suddenly, and died just before Christmas. Her funeral was at the Marylebone cemetery in East Finchley on 29 December 2012. She is survived by her son Laurie.

Raenelda was working on a thesis on the Catalan composer Federico Mompou – supervised by Richard Langham Smith, Ingrid Pearson and Julian Jacobson – and had made some crucial discoveries. She will be sorely missed not only by those working closely with her, but also by many of our postgraduate community, who encountered her as a lively contributor to the Doctoral seminars during 2010 and 2011.

“As her principal supervisor, I can testify that without a shadow of doubt that Raenelda was one of my best ever supervisees and also one of the most rewarding and fun to be with. She had all the right skills for her subject: first and foremost unlimited enthusiasm for researching the composer for whom she had unbridled passion. There is no doubt that her enthusiastic work on her thesis—well on the way to completion—kept her going through what turned out to be her terminal illness.

As a player she had cut a CD of Catalan piano music, including Mompou’s ‘Variations on a Theme of Chopin’, for which she had a particular affection. It was clear that not only her family but also a selection of students from her open classes at Morley College (where she taught), as well as Ingrid Pearson and myself (representing the RCM), were deeply touched to hear several tracks from Raenelda’s recording played in the quietness of her funeral: performances which illustrated her great affinity with this rather special music.

Raenelda had lived in Spain for some years and had a fluent command of Castilian Spanish. But her work on Mompou led her increasingly towards Catalan culture and the Catalan language, and the way in which this interacted with French culture: Mompou had spent many years in Paris. She began to relate Mompou’s music more to Catalonia than to the Spain forcefully unified under Franco, where the composer was forced to translate his original Catalan performance directions into Spanish.

Central to her thesis was a treatise on expressivity and rubato, dating from Mompou’s twenties and written in Catalan. This treatise attempted to formulate a theory of these aspects through a series of symbols which could be applied to melodies and their harmonies. Her work, in part, consisted of applying these theories to Mompou’s own recordings of his complete piano music, admittedly made in his old age but still a testimony to his very special interpretations of his own music. Several times she presented her work-in-progress to other doctoral students at the RCM and also at the Guildhall School of Music. Those of us who knew Raenelda’s work have vowed that we will do our utmost to publish this central kernel of her work.

Many of us at the funeral were very surprised to learn that she was already 65, having estimated her as being far younger. Her smile, sense of fun, inquisitiveness and receptiveness made a mark on everyone she met. She had no need of a Doctorate for furthering her career; she took it up out of love for her chosen repertoire, and a desire to study it properly. She reminded us that youthfulness is not really linked to actual age, and I know several of her doctoral colleagues found her approach a humbling inspiration.

Supervising doctoral students is, at its best, more like a journey of discovery together than a process of teaching. The journey with Raenelda towards the heart of Mompou’s music and his extraordinary ideas on performance was one where I learnt as much from her as she did from me: I’m sure the other members of her supervisory team found this too. She was not widely bound into the life of the college, but those who interacted with her will never forget her deep musicianship, humility and sense of fun: a testament to our belief that research can deepen our appreciation of music, and the way we perform it.”