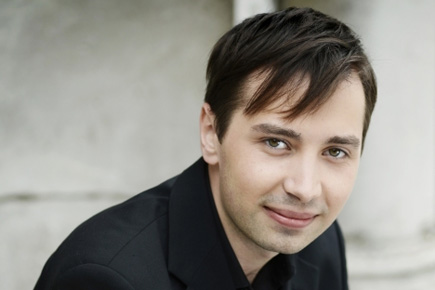 The Royal College of Music (RCM) is delighted to announce that celebrated flautist Adam Walker is joining the Woodwind Faculty as a full time flute professor. Adam has been Visiting Professor of Flute at the RCM since January 2015.

One of the most exciting musicians of his generation, Adam was appointed principal flute of the London Symphony Orchestra in 2009 at the age of 21. He has won several international awards, including the Outstanding Young Artist Award at MIDEM Classique in Cannes, a Borletti-Buitoni Trust Fellowship Award and a shortlisting for the Royal Philharmonic Society Outstanding Young Artist Award.

Adam’s repertoire interests range from lesser known Baroque to newly commissioned works; he is well known as a champion of new music. He has performed as soloist with many of the world’s great orchestras, and his premieres to date include Brett Dean’s The Siduri Dances with the BBC National Orchestra of Wales, Kevin Puts’ Flute Concerto at the Cabrillo Festival and a flute concerto by Huw Watkins, conducted by Daniel Harding with the LSO, and described by The Guardian as a performance of 'staggering virtuosity and charm'.

Adam comments, 'I'm very happy to strengthen my commitment to the RCM and become a full time Professor. I've thoroughly enjoyed working with the students over the past few years, and I'm honoured to become part of the flute faculty on a more regular basis.'

Simon Channing, Head of Woodwind at the RCM, comments 'Adam is one of the most exciting and revered flautists playing today, as well as an incredibly inspiring teacher. I am delighted that he has decided to become a professor at the Royal College of Music. He is held in such high regard by everybody here, and he will also be joining his former teacher Gitte Marcusson who was appointed to the faculty in 2016. The flute department at the RCM goes from strength to strength.'