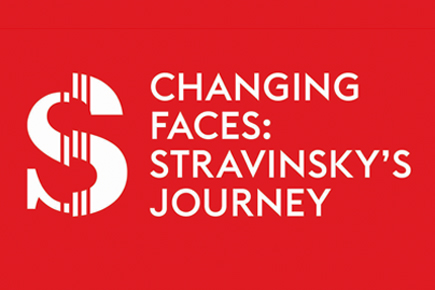 This season the Royal College of Music joins the London Philharmonic Orchestra to celebrate the work of Igor Stravinsky. Best known for groundbreaking ballet The Rite of Spring, Stravinsky is often considered one of the greatest composers of the 20th century.

Jessica Edom, a second year undergraduate student and one of the singers in the RCM’s Chamber Ensemble, said of the upcoming performance: ‘Working on Les noces has been such an exciting and interesting project for me. Singing at the Royal Festival Hall with the LPO is such a great opportunity for all of us and I have really enjoyed my time working towards it.’

A further Stravinsky performance takes place on Tuesday 27 February, comprising four of the composer’s seminal works. The RCM Symphony Orchestra shares the stage with students from the Moscow Tchaikovsky Conservatory, which counts composer Nikolai Medtner and cellist Mstislav Rostropovich as alumni. Students from the Conservatory feature in two of Stravinsky’s more nostalgic pieces, Mavra and Renard, in a programme that also includes Symphonies for Winds.

These concerts are part of the LPO’s Changing Faces: Stravinsky’s Journey series. Discover the incredible creativity and longevity of Stravinsky’s music with the Royal College of Music in February.