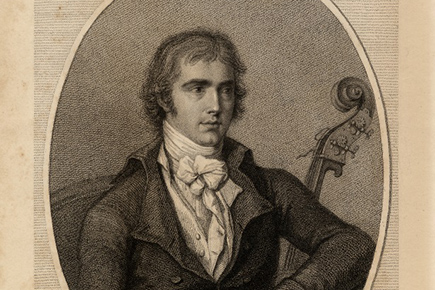 Museum Blog: The Musician who Married a Doll

The Royal College of Music Museum has a vast collection of musical instruments, paintings, manuscripts and musical ephemera. But lurking in the depths of our store rooms, it is possible to find some strange and unexpected items. Perhaps the strangest is a large wooden doll, dressed in tattered fabrics.

This doll was once the treasured possession of Domenico Dragonetti (1763 – 1846) – a double bass virtuoso who became one of the most famous musicians in London during the first half of the nineteenth century. Born in Venice, the young Dragonetti demonstrated a great aptitude for music and eventually became employed by Saint Mark’s Basilica. Here he became famous in his role as principal bassist, dazzling crowds with his solo pieces. He had unusually large hands, meaning he was able to play the double bass in a new and exciting way. 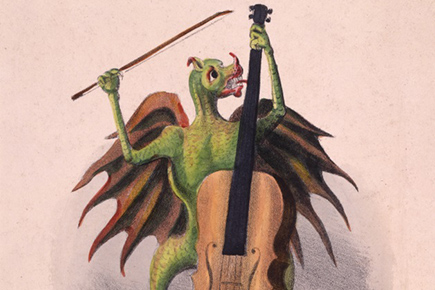 After thirty years in Venice, Dragonetti headed to London where he took up a position at the King’s Theatre. As a member of the orchestra, he soon became a celebrity in the city. He associated with many important society figures, including the Prince Consort who became his close friend. He stayed in London for the rest of his life, though he made various trips to Vienna where he met both Haydn and Beethoven. According to legend, he played one of Beethoven’s pieces for the composer, who became so overwhelmed that he leapt up to embrace him!

Away from the stage, Dragonetti was eccentric in the extreme. He lived alone with a large collection of paintings, engravings – and dolls. Above all things, Dragonetti loved dolls. His rooms in Leicester Square were filled with dolls of all shapes and sizes. He took his favourites on tour with him and even sat them in the front row at his concerts. But his obsession went even further - the famous singer Henry Phillips reported that Dragonetti ‘married’ his favourite doll:

The large black doll he would call his wife, and she used to travel with him sometimes to the [music] festivals. He […] generally journeyed [inside a] coach, and when changing horses in some little village, he would take his black doll and dance it at the window, to the infinite astonishment and amusement of the bystanders. Such was one of the strange eccentricities of this really great man. 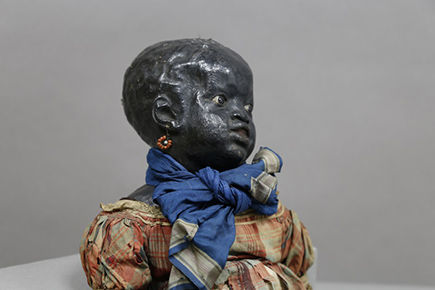 Phillips was so intrigued by his friend’s fixation with dolls that he wrote him a letter to ask about it. He transcribed Dragonetti’s response:

To your sixth inquiry, I have to inform you that I have only one black doll. I have seven other dolls in my seraglio, two of which are finishing their education amongst the German literati, who are remarkably clever and experienced in their mode of treating blockheads, for I wish my dollies to have an education of the most polished kind, especially in the smoothness and waxen-brilliancy of their innocent faces, which never degenerates (as it sometimes happens with living dolls) into an ill-tempered frown. The other five dolls are such dolce companions, that they render my home a perfect dulce domum.

It is not known where Dragonetti’s other dolls ended up, but his favourite one has lived to tell the strange tale of her musician ‘husband’!