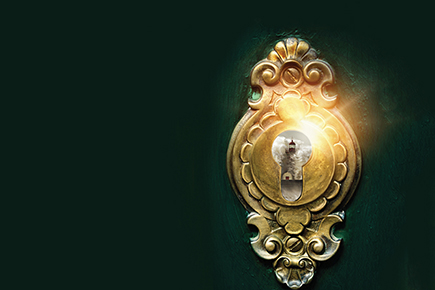 Acclaimed theatre director Stephen Unwin is joining forces with Michael Rosewell for a thrilling and mysterious opera double-bill this summer. The talented singers of the RCM International Opera School perform In the Locked Room by Huw Watkins and David Harsent and The Lighthouse by Peter Maxwell Davies on 27 & 29 June and 2 & 3 July.

RCM alumnus Huw Watkins’ In the Locked Room is a gripping psychological drama. Described by the composer as ‘inward-looking and reflective, grappling with deep emotion’, it is an immersive interpretation of Thomas Hardy’s short story ‘An Imaginative Woman’. ‘There’s no spare flesh’ on Watkins’ vocal writing says The Guardian, ‘the textures he draws from the 14 instrumentalists in the pit have a Britten-like economy, every one fit for its purpose.’

Watkins was awarded the Constant and Kit Lambert Junior Fellowship at the RCM in 2001. He said: ‘I’m thrilled that the RCM is putting on my opera this summer. Ever since I was a student there, I’ve marvelled at the quality of the opera productions – it will be a huge honour to hear these world class students performing my music.’

Maxwell Davies’ chamber opera is ‘served in quite different ways’ to Watkins’ drama, according to conductor Michael Rosewell. Based on the real-life unsolved disappearance of three lighthouse keepers, The Lighthouse offers a chilling portrayal of what may have unfolded on that fateful night in 1900. Maxwell Davies’ dense and virtuosic instrumentation ‘builds to a shattering conclusion worthy of opera at its grandest’ according to The New York Times.

Stephen Unwin has directed over 50 professional theatre productions and 20 operas throughout his career, many at prestigious venues including the Old Vic, Donmar Warehouse and the Lyric Hammersmith. In 2017 Unwin directed an acclaimed double-bill of Poulenc’s Les mamelles de Tirésias and Chabrier’s Une éducation manquée at the Royal College of Music, called ‘slick and expert’ by Opera Now and ‘colourful and exuberant’ by Opera Today.

As is traditional for RCM International Opera School productions, two casts will alternate performances, giving as many accomplished young singers as possible the chance to take to the RCM’s Britten Theatre stage.

For more information and to buy tickets, call the RCM Box Office on 020 7591 4314, visit the RCM in person on Prince Consort Road SW7, or visit the RCM website: http://www.rcm.ac.uk/rcmopera/