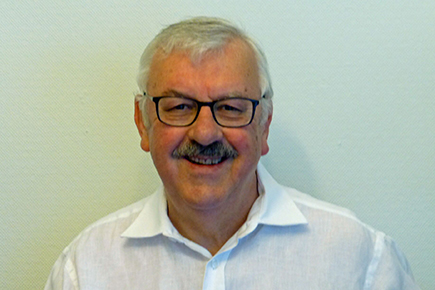 The Royal College of Music has appointed Dr Trevor Herbert to a Personal Chair as Professor of Music Research.

Trevor is a former foundation scholar of the Royal College of Music and Research Fellow. He has been a professional trombonist, playing with various orchestras and ensembles including the BBC Symphony Orchestra, Welsh National Opera, the Taverner Players and the Wallace Collection.

He has been the recipient of various awards and prizes, including several AHRC and British Academy awards. He was the 2002 recipient of the Christopher Monk Award of the Historic Bass Society and was awarded the Anthony Baines Prize of the Galpin Society in 2014. In 2007 he was awarded the FRCM and in 2016 he was elected a Fellow of the Learned Society of Wales.

Trevor spent a large part of his career at The Open University where he is an Emeritus Professor of Music. The scope of his research runs from the middle ages to the modern period and includes jazz and vernacular music. He has written several books about brass instruments with a strong cultural history theme and has contributed prolifically to the world’s major music reference works.

Professor Herbert comments: ‘I am delighted and honoured to have been appointed to a Personal Chair at the Royal College of Music, which is where my career was launched. I join one of the most innovative and creative institutions in the musical world and look forward to working with so many people of such world-class talent.’