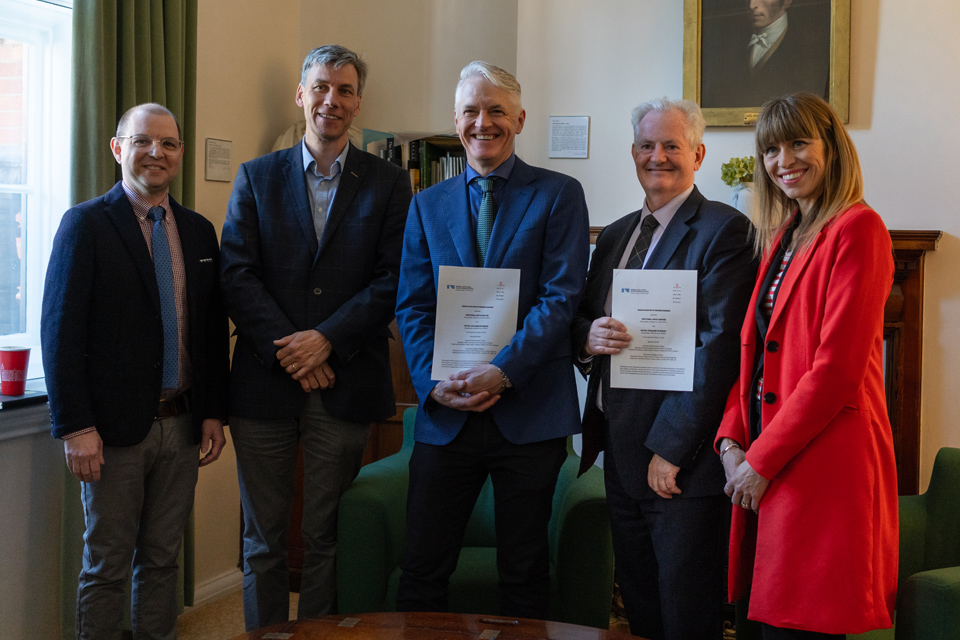 The Royal College of Music (RCM) this week welcomed the National Arts Centre (NAC) Orchestra from Canada, hosting a series of workshops and concerts and embarking on a partnership to enable further collaborative events in the future.

The RCM and NAC Orchestra were joined by members of the Royal Philharmonic Orchestra (RPO) and Brent Youth Concert Band & String Chamber Orchestra for a special event called ConneXXions 2019. Live-streaming to Canada in real time, the London ensembles were joined by OrKidstra from Ottawa, Canada, making music together simultaneously across continents. RCM violinist Esther Abrami and acclaimed trumpet soloist Alison Balsom OBE also gave performances and spoke about their approach to playing.

The RPO has been working in partnership with Brent Music Service to create a new composition with RCM Sparks young musicians, RPO musicians and the Brent Youth Concert Band. The piece had its world premiere at the ConneXXions concert, where it was performed alongside a piece composed by OrKidstra in Canada.

RCM Artistic Director, Stephen Johns, commented: ‘We are delighted to be developing our relationship with the NACO Orchestra. Both the RCM and NACO are leaders in education using modern and distance technology, and we look forward to developing further exciting and innovative artistic collaborations together.’

Based in Ottawa, Ontario, the NAC Orchestra was founded in 1969 as the resident orchestra of the then newly-opened National Arts Centre. Giving over 100 performances each year across Canada and around the globe, the NAC Orchestra is known for its passionate performances, ground-breaking teaching and outreach programs, and championing of Canadian creativity. Since its inception, the Orchestra has commissioned 80 works, mostly from Canadian composers.

Learn more about RCM Sparks on their webpage here.