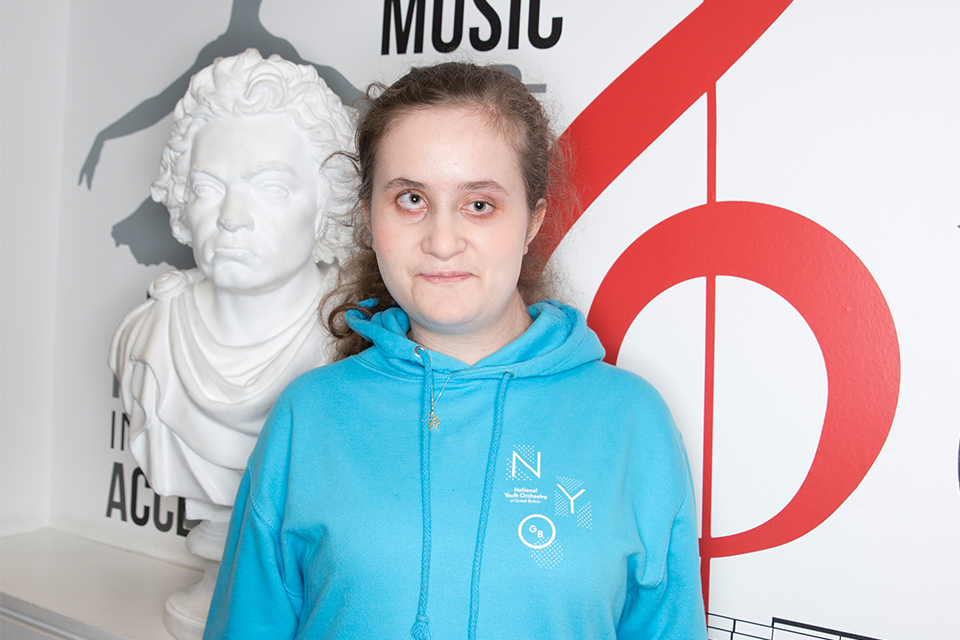 RCM Junior Department alumna composer Alexia Sloane has been commissioned to write a piece for this year’s BBC Proms. This follows Alexia’s success in the 2018 BBC Proms Inspire Competition, which gives composers aged 12-18 the opportunity to have a piece performed at the Proms and create new music under the guidance of a professional composer.

Alexia’s piece, named ‘Earthward’ and written for vocal ensemble VOCES8, will receive its world premiere at Cadogan Hall on 22nd July and be broadcast live on BBC Radio 3.

Born in 2000, Alexia studied composition at the RCM Junior Department between 2016 and 2018, where they won the Joan Weller Composition Prize and Humphrey Searle Composition Award. They are one of six composers with the National Youth Orchestra of Great Britain and one of four composers with the Britten Sinfonia Academy. Alexia’s work has been performed at many high-profile venues around the UK and further afield in Melbourne, Australia.

In 2018, Alexia won the Senior Category of the BBC Proms Inspire Competition with her piece ‘Elegy for Aylan’, originally written for Ensemble 10/10 consisting of members of the Royal Liverpool Philharmonic Orchestra (RLPO). The piece was premiered by the RLPO at St George’s Hall in Liverpool in 2017, received its second performance by the Aurora Orchestra in 2018 and has been broadcast on Classic FM.

Alexia comments: 'I am very excited to have my work premiered by VOCES8 at the BBC Proms. I have fond memories of my time at the RCM Junior Department and am indebted to everyone there for believing in me as a composer and giving me the chance and privilege to join such a warm and inspirational institution.’

Tickets are available for Proms at… Cadogan Hall 1: VOCES8 from the BBC Proms website. Find out more about the BBC Proms Inspire Competition here.