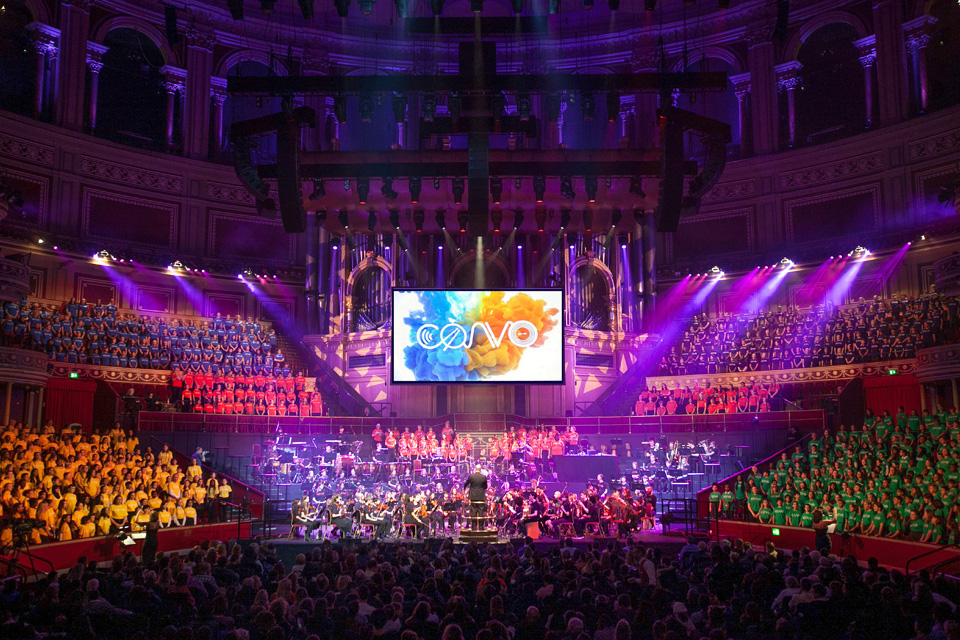 The shortlist for this year’s Ivors Academy Composer Awards includes 11 current and former students and staff from the Royal College of Music’s Composition Faculty. The success reflects the excellence of teaching and professors in the RCM Composition Faculty and the exceptional opportunities RCM composers have to hear their compositions played by resident and visiting musicians, RCM orchestras, ensembles and fellow students of the highest technical and musical ability.

RCM alumna Charlotte Harding has been nominated twice in both the Community or Educational Project and Stage Works categories. Her piece, Convo, nominated for its demonstration of the composer’s work in community engagement alongside compositional craft, was commissioned by the Tri-Borough Music Hub in partnership with the Royal College of Music and Royal Albert Hall, with funding from the John Lyon’s Charity. The piece had its world premiere at the Royal Albert Hall on 7 March 2019, performed by a massed choir and young musicians from schools across three London boroughs. Charlotte’s piece Them, composed for BalletBoyz and performed at Sadler’s Wells, is nominated in the Stage Works category.

Charlotte comments: ‘I’m delighted for everyone involved with Convo that it has received this nomination. It was wonderful to have the opportunity to collaborate with RCM Sparks on this very special project, having been involved with their outreach programmes as an RCM student.’

The Chamber Ensemble category is dominated by RCM composers, with the two other nomination slots filled by RCM alumni Mark Bowden and Gary Carpenter. Similarly, the Orchestral category is a clean sweep for the RCM, with Gavin Higgins and Helen Grime nominated alongside Kenneth Hesketh. Other RCM graduates nominated this year include Charlotte Bray in the Solo or Duo category and Neil Luck for Sound Art.

For over 63 years The Ivors Academy has celebrated excellence in song writing and composing. The Ivors Composer Awards (formerly the British Composer Awards) were established in 2003 to shine a light on the creative talent of music creators, raising their profile and celebrating their craft.

The winners of this year’s Ivors Academy Composer Awards 2019 will be announced in a ceremony at the British Museum on 4 December. To find out more, visit the Ivors Academy website.