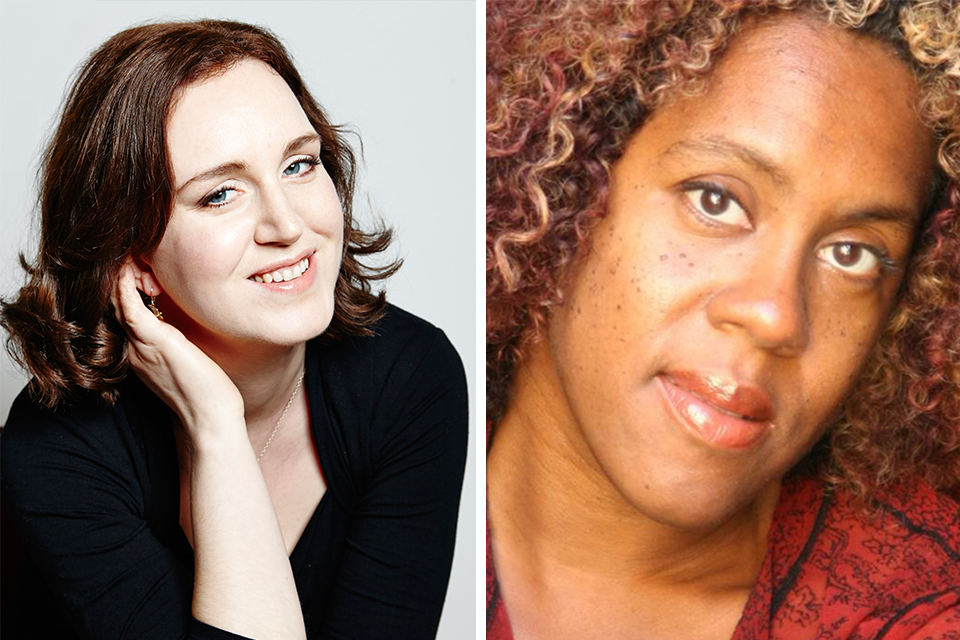 Helen Grime studied oboe with John Anderson and composition with Julian Anderson and Edwin Roxburgh at the Royal College of Music, later becoming a Junior Fellow. In 2003 she won a British Composer Award for her Oboe Concerto and in 2008 was awarded a Leonard Bernstein Fellowship to join the Tanglewood Music Center where she studied with John Harbison, Michael Gandolfi, Shulamit Ran and Augusta Read Thomas. Her works have been commissioned by many ensembles including the London Symphony Orchestra, Britten Sinfonia and the BBC Scottish Symphony Orchestra. Between 2011 and 2015 she was Associate Composer to the Hallé Orchestra and from 2016 to 2018 she was Composer in Residence at the Wigmore Hall.

Helen comments: ‘It’s a huge honour to be awarded an MBE for services to music.  It’s great to see a small part of contemporary music recognised in this way.’

Composition professor Errollyn Wallen is ‘a renaissance woman of contemporary British music’ according to The Observer. Both a celebrated composer of contemporary new music and a singer-songwriter of pop-influenced songs, Errollyn has had works commissioned by major institutions including the Wigmore Hall, BBC and Royal Opera House and has performed her songs internationally. Her film Falling was broadcast on Channel 4 in 2009 and in 2011 her hit opera for children, Cautionary Tales was commissioned by Opera North. Errollyn’s original music for the 2012 BBC drama One Night won the FIPA d’Or for Best Original Music in a Television Series. In the same year, two of her works were commissioned for the opening ceremony of the Paralympic Games.

Also recognised in this year’s New Year’s Honours was Timothy Walker, Chief Executive & Artistic Director of the London Philharmonic Orchestra, who was awarded a CBE for services to arts and music. Timothy became an Honorary Member of the Royal College of Music in May 2014.

The RCM will be celebrating its female composers past and present in a series of events marking International Women's Day on 8 March 2020.