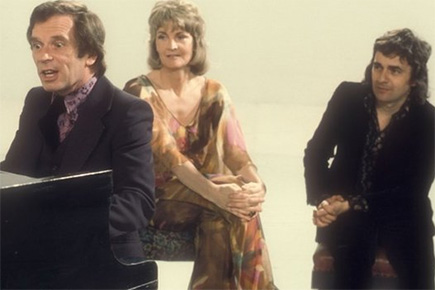 A conductor, pianist and composer, he was best known for presenting the weekly BBC Radio 3 programme Talking about Music for more than 36 years.

Born in north London, he was adopted by Major Tom Hopkins, a housemaster at Berkhamsted School, and his wife Lillian, following the death of his father when he was four. After Berkhamsted, he studied at the RCM from 1930–1942, where he won the Chappell Gold Medal and Cobbet Prize for composition.

Encouraged by Tippett, he composed prolifically for the theatre, radio drama and film, but by the 1960s was concentrating on lecturing, writing and broadcasting.

Beside his popular radio shows, he also became known for his books of musical analysis, which included Talking about Symphonies.

He also travelled widely as both lecturer and adjudicator, working in Japan, Hong Kong and Australia.

He remained in contact with the RCM throughout his life, and kindly gave a large collection of music to the Library in 2010. He was awarded Fellowship of the RCM in 1964 and was appointed CBE in 1976 for services to music.