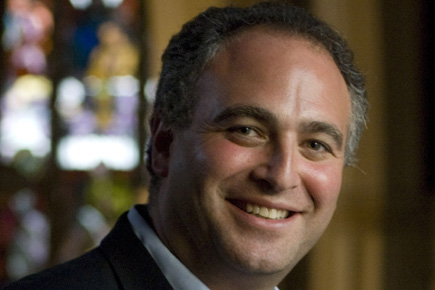 Ashley Solomon has been appointed to a Chair of Historical Performance at the Royal College of Music.

This personal chair was created especially for Professor Solomon in recognition of his extraordinary contribution to the RCM.

Professor Solomon has played a major role in securing the reputation of the RCM as the natural first choice for students from around the globe. Since being appointed the RCM’s first Head of Historical Performance in 2006, he has led an astonishing number of artistic and academic projects, including:

Outside the RCM, Professor Solomon is an internationally-renowned and multi-award-winning soloist and ensemble performer on both recorder and baroque flute. He co-founded the critically-acclaimed ensemble Florilegium in 1991, and has been its Director since 2001. His work helping to edit, interpret and promote an extraordinary collection of Baroque music preserved by indigenous Indians in the Bolivian jungle has won praise around the world.

Professor Colin Lawson, Director of the RCM, commented: “Professor Ashley Solomon is a brilliant musician and inspiring educator.  He has developed Historical Performance at the Royal College of Music, so that we are recognised as an influential centre of excellence both in the UK and internationally.”

Professor Solomon commented: “I feel proud and honoured to have been appointed to a Personal Chair in Historical Performance at the RCM, and thank the institution for acknowledging my work across theory and practice. I look forward to continuing to develop opportunities and unique projects for our thriving community of students.”