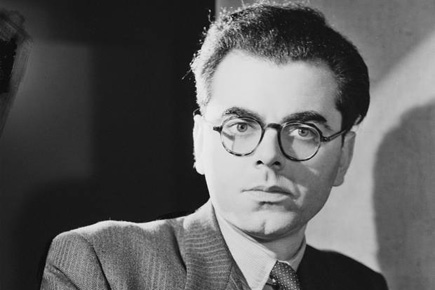 The centenary of Royal College of Music alumnus and former professor William Lloyd Webber is being celebrated on Tuesday 11 March.

The well-known British organist, composer and academic won a scholarship to the RCM as a teenager, where he studied composition with Vaughan Williams, before becoming an RCM professor himself in later life. His musical talent was passed on to his two famous sons, composer Andrew Lloyd Webber and cellist Julian Lloyd Webber, both also RCM alumni.

The RCM will be marking William Lloyd Webber’s centenary year with two performances of his orchestral work Aurora on Thursday 23 and Friday 24 October 2014. Written in 1948, this tone poem is acknowledged to be among the composer's finest works, which his son Julian described as “music that seethes with passion” in a 2004 Guardian interview about his father.

The RCM will be broadcasting the RCM Symphony Orchestra's performance of Aurora on Friday 24 October at 7.30pm on the RCM website. Go to www.rcm.ac.uk/live to watch.