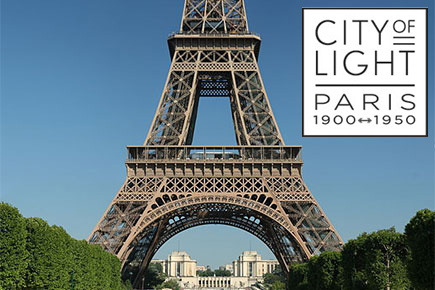 The RCM is delighted to be collaborating with the Philharmonia Orchestra for City of Light: Paris 1900–1950 - a major series exploring the music, culture, art and society in Paris between 1900 and 1950.

RCM musicians are taking part in no fewer than six of the series’ events in 2015, beginning with a ‘spectacle-concert’ in our Amaryllis Fleming Concert Hall on 29 January which promises to transport audiences to the surrealist world of 1920s Paris.

The pièce de résistance of our City of Light concerts promises to be a performance by the RCM Symphony Orchestra and Chorus at the Royal Festival Hall on 26 February, which includes famous works such as Ravel's Daphnis et Chloé and Stravinksy's Rite of Spring as well as the world premiere of Lili Boulanger’s Marche gaie.

Esa-Pekka Salonen, Principal Conductor of the Philharmonia, says:
"The composers working in Paris in the first half of the twentieth century were responding musically to a series of seismic cultural, social and political changes. For me, the music of this period has a very special artistic significance: I hope that you will join us to hear the music of Debussy, Ravel, Messiaen and their compatriots, contextualised by the influence of the artists, writers and thinkers that inspired them."

In addition to the many concerts on offer, the Philharmonia have launched a City of Light website which offers up short documentary films, newly commissioned essays, photographs and programme notes to enrich the series. The immersive site also includes street interviews with today’s Parisians, an interactive map of the capital and a detailed timeline of the period. Go to www.philharmonia.co.uk/paris to explore.

This is not the first time the Royal College of Music has enjoyed collaborating with the Philharmonia – we have also been partners in their Woven Words series celebrating Lutosławski’s centenary in 2013, and their award-winning 2009 series City Of Dreams: Vienna 1900-1935.

See all RCM concerts in the City of Light series at www.rcm.ac.uk/cityoflight