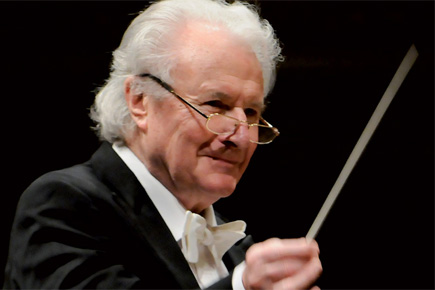 We were very sorry to hear of the death of RCM alumnus Sir Colin Davis on Sunday 14 April 2013.

Sir Colin Davis made an amazing contribution to British musical life. He worked with many of the world’s leading orchestras, was Principal Conductor and President of the London Symphony Orchestra, and was internationally renowned for his interpretations of Mozart, Sibelius and Berlioz.

Sir Colin was a Foundation Scholar at the RCM from 18 September 1944 to 20 July 1946. He studied clarinet with Frederick Thurston as well as the piano and received an ARCM in Clarinet Solo in December 1945. In 1946 he was awarded the E. F. James Prize. His studies were interrupted by a period of National Service with the band of the Household Cavalry, but he re-entered the RCM on 26 April 1948 thanks to an award granted by the Minister of Education. He left in July 1949, and was awarded the FRCM in 1969.