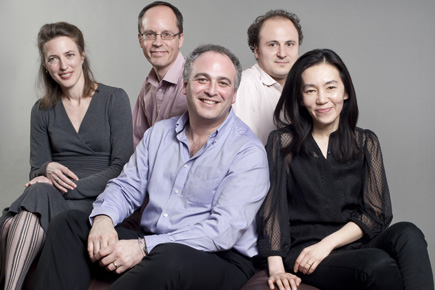 The Royal College of Music’s Ensemble in Association Florilegium has been featured in BBC Radio 3’s Early Music Show.

The programme, entitled ‘Florilegium and the Baroque Dance Suite’ was broadcast on Saturday 3 November and includes performances by the group, one of Britain's most outstanding period instrument ensembles.

BBC Radio 3 presenter Lucie Skeaping spoke to Florilegium’s Director Ashley Solomon, Head of Historical Performance at the RCM, about the ensemble’s work and ethos. The programme also launched the 2013 NCEM Composers Award, which invites young composers to create a contemporary response to the baroque dance suite.

You can listen to the programme on BBC iPlayer until Saturday 10 November 2012.