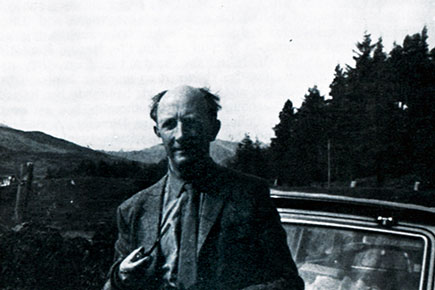 While at the RCM John studied organ with Henry G Ley, piano with Thomas P Fielden, viola with Ernest Tomlinson, theory with Professor C H Kitson, composition with Ralph Vaughan Williams and conducting with Guy Warrack. It was during his time at the RCM in the 1930s that he also met his wife, Thea.

Former Director Keith Falkner wrote a tribute to him in the 1976 Royal College of Music magazine:

If ever there was a man who was a Liberal-Conservative, it is he. Liberalism was always evident in his compassion and understanding of student and staff problems; Conservatism in his reluctance to change unless there was reasonable proof it would be for the better. I can recall occasions when his practical advice saved me from making a rash decision, and I can recall others when he helped me to make a good one. I admired his wise and expert handling of the annual intake of new students, a difficult task at any time, but particularly so in the past decade when the expansion and improvement in School Music has produced such large numbers of young musicians to become professional.

John has been a staunch friend, a fine musician and a first-class administrator. I have met no-one in my career better equipped, humanely or professionally, to be Registrar of the College; surely one of the most responsible jobs in Music in England.

The funeral will be held on 27 January at 12.00pm in Worthen Church, near Shrewsbury, where he was church organist for many years after his retirement.