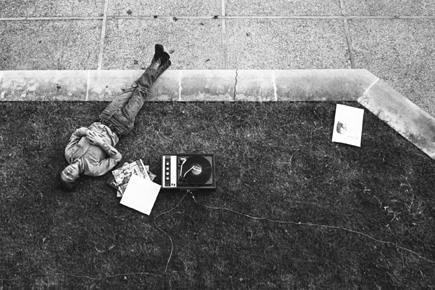 From Delius to Dizzee Rascal: The Listening Experience Database

Do you have documented evidence of listening experiences that you would like to record?

If so, you might be able to contribute to an ambitious new project being launched by The Open University and the Royal College of Music to produce the world’s first database of the impact of music on people’s lives.

The Listening Experience Database will –for the first time – create a mass of records of people’s personal experiences of listening to music in any period or culture. This will include what they listened to, where and when they listened to it and the effect it had on them.

Members of the public are invited to input their own evidence of musical experiences – such as diaries, memoirs and letters – into the database, as well as search it themselves to see how other people have been affected by music.

Professor David Rowland, Dean of Arts at The Open University, said: “Music is a deeply personal thing and touches all our lives. Whether it’s a nursery rhyme we remember from childhood or a song we have come to loveas we grow up, each of us has our own individual soundtrack. Now, for the first time, we will be able to bring together a massive range of personal listening experiences from any historical period and from any culture.”

Dr Ingrid Pearson from the RCM said: “The database will help us to form a better understanding of the effect of music on listeners and the ways in which it is, and has been, valued and understood in society. Amongst other things, we believe it will enhance our understanding of how recording and broadcasting technologies have affected people’s relationship with music, and offer a new range of evidence of how music is studied and learned. It will also sharpen our insight into the settings and ways in which music has been performed.”

If you would like to explore the database, visit http://www.open.ac.uk/Arts/LED.

image: Yes Music in the Amphitheater, 1970. photo by Ed Uthman on Flikr; reproduced under Creative Commons