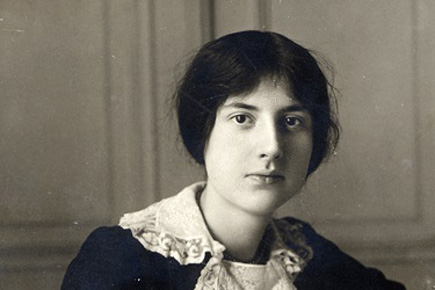 The Royal College of Music Symphony Orchestra will give the first performance of a vivacious march by French composer Lili Boulanger at the Royal Festival Hall on 26 February.

Lost for almost half a century, Marche gaie resurfaced in short-score form in 2011 in a private collection in North Carolina. The owners are the grandchildren of the work’s dedicatee, Jeanne Leygues, and it is believed to have been composed for her wedding in 1916 to Paul Rockwell, an American who fought in the French Foreign Legion in the First World War. Boulanger (pictured) was fond of quotation, and this work playfully alludes to Mendelssohn’s famous Wedding March.

Although the manuscript is in an unknown hand, there is musical and circumstantial evidence that shows beyond reasonable doubt that this is the missing work by Lili Boulanger. It has been orchestrated by leading scholar of early 20th-century French music, Robert Orledge.

This special concert at the Royal Festival Hall on Thursday 26 February – which also includes Ravel’s Daphnis et Chloé and Stravinsky’s The Rite of Spring – is part of the Philharmonia Orchestra’s year-long festival ‘City of light: Paris 1900-1950’, a major series celebrating some of the era’s best-loved composers and their sumptuous orchestra music, as well as the writers, artists and dancers who inspired them.

The first RCM concert of the series takes place at the Royal College of Music on Thursday 29 January, when the RCM Chamber Orchestra presents a fascinating programme based around a ‘spectacle-concert’ originally promoted in Paris in 1920.