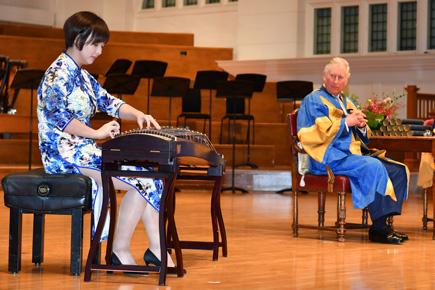 HRH The Prince of Wales, President of the Royal College of Music since 1993, today honoured outstanding figures in international musical life at the RCM’s Annual Awards ceremony.

As part of the visit HRH listened to a performance of a guzheng, a rare 21-string Chinese zither, given to him during the State Visit by China in 2015. The guzheng will be on loan to the RCM, which already houses close to 1,000 extraordinary musical instruments. It is an especially fitting gift given the RCM’s recent agreement with the Shanghai Conservatory of Music to establish a new Joint Institute in China, the first such partnership of any UK music conservatoire.

The guzheng was played by Xiao Ran (pictured above) as part of a short concert which also featured performances from the College’s most exceptional recent graduates including soprano Rowan Pierce, awarded the prestigious President’s Award; South African bass-baritone Simon Shibambu, recipient of the Queen Elizabeth The Queen Mother Rosebowl; and percussionist Kizzy Brooks and bassoonist Todd Gibson-Cornish, recipients of the Tagore Gold Medals.

Sir John Eliot Gardiner and opera star Sir John Tomlinson both received Honorary Doctorates during the ceremony. Sir John Tomlinson, said: ‘The music of great composers lies dormant in note form on the page and needs performers to bring it into existence. Bringing music to life is the task of every musician, and the Royal College of Music nurtures and develops a steady stream of singers and instrumentalists, composers and conductors, vital for the future of music worldwide. It is a great privilege for me to be honoured by a great College dedicated to this noble cause.’ 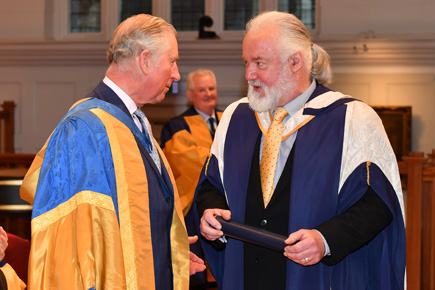 Also presented with Honorary Doctorates were Dame Janet Ritterman, former Director at RCM and Joseph Horovitz - best known for such ballet scores as Alice in Wonderland (1953), his music for television including Rumpole of the Bailey and his popular Jazz Concerto for harpsichord. Horovitz recently retired from teaching composition and the prestigious Composition for Screen course at RCM after over fifty years dedicated service. 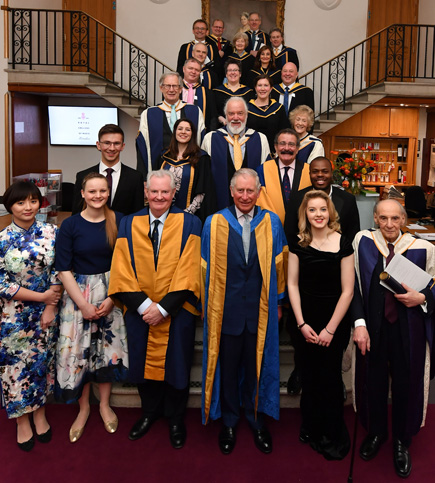 Professor Colin Lawson CBE, Director of the RCM, said: ‘it is hugely special to be joined by our President to celebrate so many eminent musicians and Royal College of Music supporters, who each make such an enormous contribution to the musical life of this country and beyond. It is also wonderful to honour the talents of Royal College of Music students, who we have no doubt will go on to become equally influential, and the teaching staff who do so much to inspire, support and nurture them.’