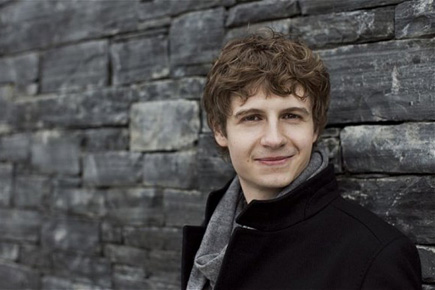 Royal College of Music pianist Pavel Kolesnikov, a student of Head of Keyboard Prof Vanessa Latarche, has made his BBC Proms debut with a performance of Tchaikovsky’s Piano Concerto no 2 with Ilan Volkov and the National Youth Orchestra of Scotland. Following the performance on Sunday 7 August, Tim Ashley wrote in The Guardian that Pavel was ‘wonderfully assured in his virtuosity, yet teasing out the emotional complexities beneath the work’s rather grandiose surface’.

Pavel’s performance followed a series of high-profile successes for RCM keyboard students and graduates in a number of prestigious international competitions.

Alumna Dinara Klinton was awarded Third Prize at the Cleveland International Piano Competition, following several rounds of recital, chamber music and concerto performances. The thrilling competition saw 31 talented classical pianists from around the world compete across 10 days of events, in front of audiences and an international jury. Current RCM pianists Alexander Ullman and Ilya Kondratiev and alumni Samson Tsoy, Oxana Shevchenko and Luka Okros were also selected from 300 applicants to take part in the competition.

Successes in international competitions such as these provide musicians with vital performance opportunities and financial rewards at the outset of their flourishing careers.

Congratulations to the RCM students and alumni on their achievements!