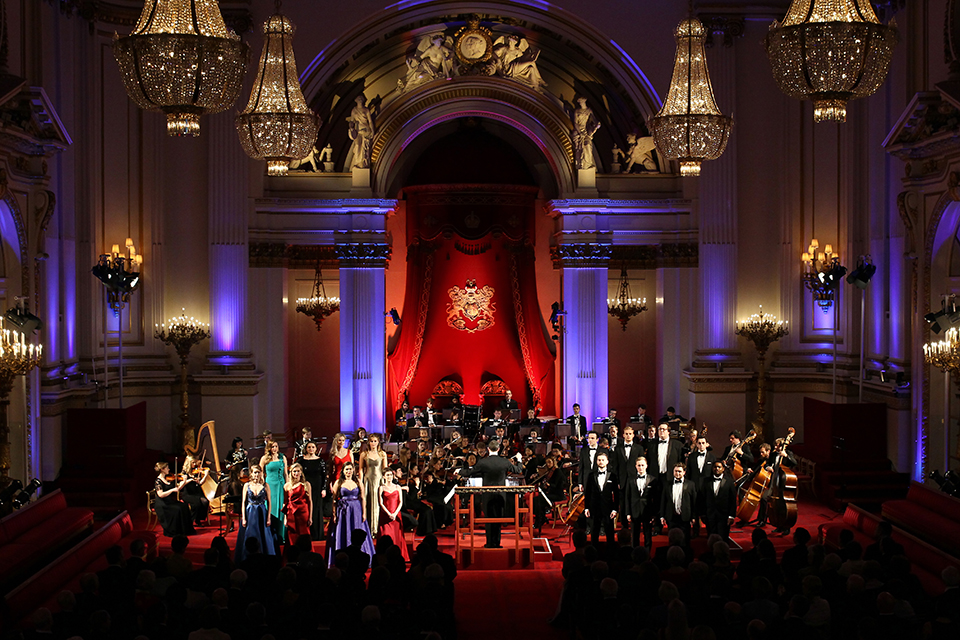 On Monday 6 February 2017, His Royal Highness The Prince of Wales, President of the Royal College of Music, hosted a special gala concert at Buckingham Palace celebrating the talent of RCM musicians and the work the College is doing to expand its reach through the More Music Campaign.

The evening included a performance of Ein Ständchen, a song written by The Prince of Wales’s great great great grandfather, Prince Albert. The piece was specially orchestrated by RCM composer Richard Miller and received its premiere at the Gala. His Royal Highness remarked how proud he was to hear the composition in a speech at the Gala.

In addition to redeveloping the RCM’s South Kensington campus, the More Music Campaign will support a dynamic range of projects including further support for students, new posts and programmes. More Music will not only enhance the learning environment for students but also provide more scholarships and transform the College’s public engagement programme, allowing more people than ever before to connect with the RCM in a variety of ways.

The building development, led by renowned architect John Simpson, will include two new world-class performance spaces, additional rehearsal rooms and recording facilities, a new Royal College of Music Museum and many other enhancements.

Campaign Chairman, Bob Wigley, comments: 'Philanthropy is vital to the future of the Royal College of Music and will enable us to deliver an inspirational learning environment for our talented students; they are the future of music'.

The RCM is grateful for the support of the Higher Education Funding Council for England, Heritage Lottery Fund, the Garfield Weston Foundation, the Wolfson Foundation, The Foyle Foundation, The Polonsky Foundation, Classic FM and Landor. Thanks to this and gifts from a wide variety of supporters, including alumni from across the globe, More Music: Reimagining the Royal College of Music has already raised 60% of its overall target.

RCM Director, Colin Lawson CBE, comments: 'I am delighted that the More Music Campaign has gathered such momentum and am grateful to all the individuals, Trusts and Foundations who have contributed to the Campaign so far. This philanthropic investment will be one of the most significant contributions to music education in our lifetime.'