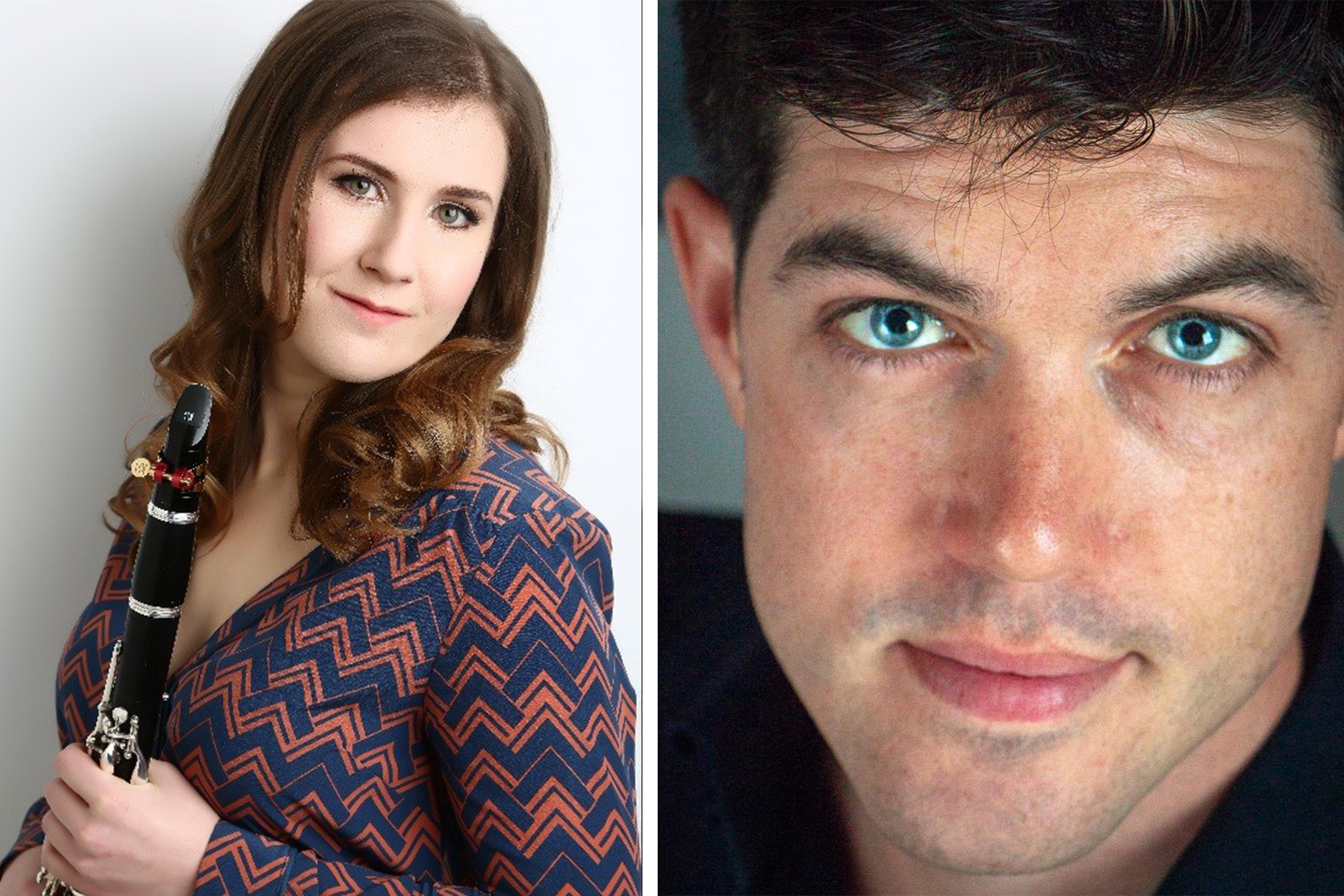 The recipients of this year’s Mercers’ Arts Awards for students in their second year of postgraduate study at the RCM have been announced.

Conductor Christopher McMullen-Laird is the recipient of the Academic Award and clarinettist Lauren Brown receives the Community Award.

The Mercers’ Arts Awards were inaugurated in 2016 and are offered annually until 2021. The Community Award is given to the student who contributes the most to the community, bringing awareness and appreciation of music to the widest possible audience. The Academic Award is for the student who most effectively applies academic and theoretical knowledge to their musical practice within a public context, as exemplified by the creation of new editions, recordings, performance practices or formats.

American conductor Christopher McMullen-Laird is a Leverhulme Arts Scholar at the RCM, studying with Martyn Brabbins, Peter Stark and Howard Williams. He is Musical Director of the Phoenix Youth Orchestra in Brentwood, Essex, and works with young musicians as a workshop assistant for BBC Learning and RCM Sparks. He has been Music Director of the Munich International Orchestra and has conducted opera productions in Germany, USA, Norway and Tokyo. At the RCM, Christopher developed a particular interest in memorisation and performing music with movement; his work in these fields, combining theoretical knowledge with public performance, is recognised by the Mercers’ Arts Academic Award.

Clarinettist Lauren Brown is an RCM Scholar generously supported by an Edward and Helen Hague Award and a Wilkins-Mackerras Award, studying with Tim Lines, Richard Hosford, Michael Harris and Paul Richards. She has played principal clarinet with the RCM Symphony Orchestra, Guildhall Symphony Orchestra, London Mahler Orchestra and Docklands Sinfonia, amongst others, and participated in masterclasses given by members of the Berlin Philharmonic, New York Philharmonic, LA Philharmonic and London Symphony Orchestra. Lauren is a Mentor with RCM Sparks and a member of the Wind-up Penguin Theatre Company, a charity which takes music and theatre to children in disadvantaged countries around the world. She receives the Mercers’ Arts Community Award in recognition of her dedication to musical outreach work.

Join Christopher McMullen-Laird for Conductors’ Podium, an afternoon concert devised and led by Christopher and his fellow RCM conductors on Sunday 2 December. Lauren Brown joins the RCM Symphony Orchestra in their performance of Fauré's Requiem on Wednesday 14 and Thursday 15 November.