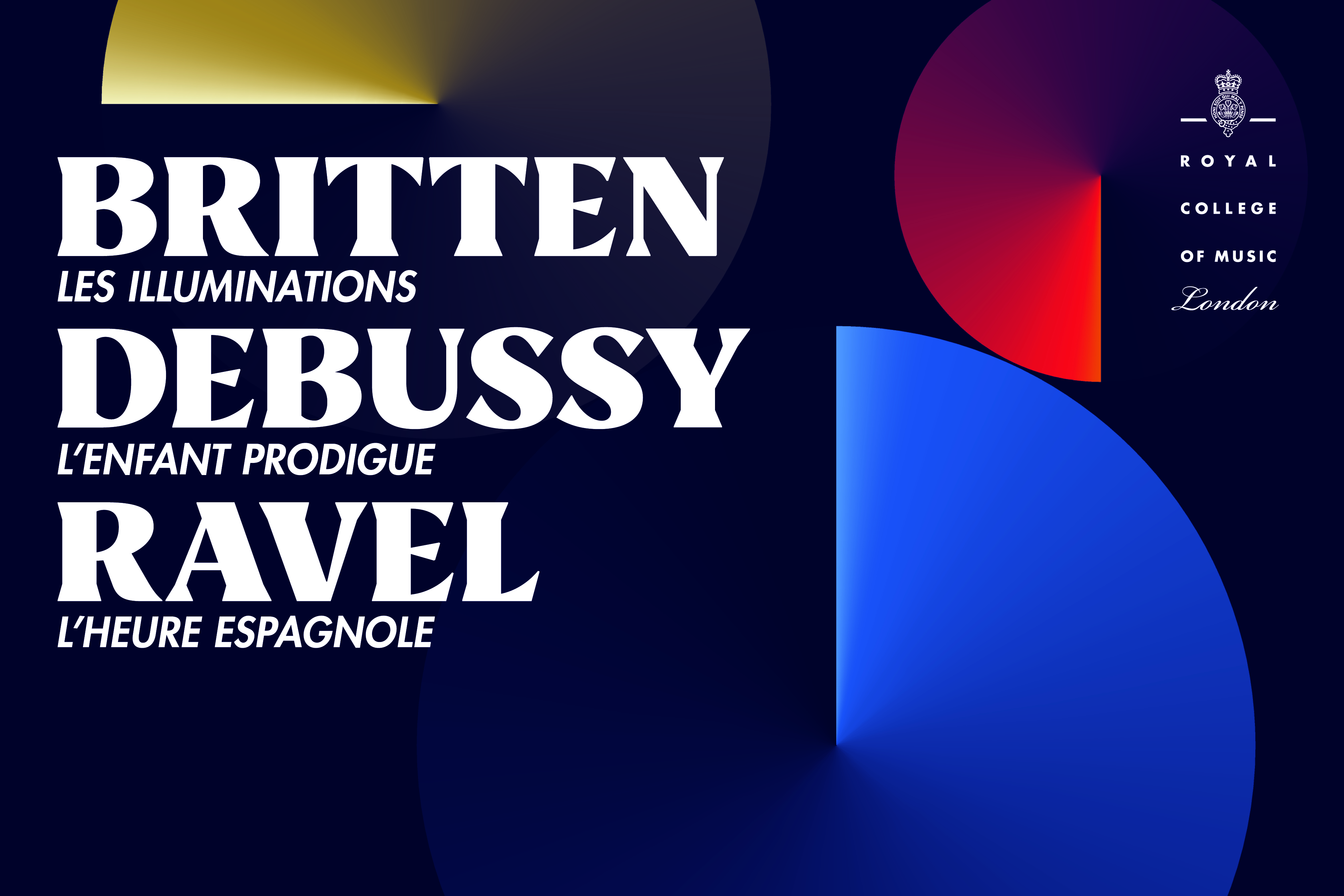 This season, the Royal College of Music Opera Studio presents a triple bill of French-language operas from three of the world’s most celebrated composers: Debussy, Britten and Ravel.

This trio of Gallic-inspired one-act works celebrates the French language through elegant libretti and showcases the versatility of the RCM’s talented young singers. All three pieces have been given a contemporary setting by director Olivia Fuchs, who has drawn on the shared theme of searching for one’s identity to create a cohesive yet varied programme.

Britten’s contemplative song cycle Les Illuminations features settings of Arthur Rimbaud’s poetry with a soprano soloist performing alongside string orchestra. Premiered in 1940, the work moves away from Britten’s inherent ‘Britishness’ to a more cosmopolitan European style with a distinctly French feel to the music. Claude Debussy’s L’enfant prodigue, a Prix de Rome-winning dramatic cantata, reimagines the biblical tale of the prodigal son arriving home to mixed feelings from his parents. The young Azael has sought to find himself with drugs, sex and decadence, distancing himself from his homeland in the process. Although an early composition by the composer, the work’s effective orchestration and harmonic imagination make it an effective scène lyrique.

Time and clocks of all kinds are threaded nimbly through all three works in Olivia Fuchs’ atmospheric production. Concluding the programme is Ravel’s popular comédie musicale L’heure espagnole. Although sung in French, the piece is set in the Spanish city of Toledo and follows a farcical plot featuring the hapless Torquemada, his mischievous wife and a host of comical characters concealed in clocks.

Olivia has worked extensively in opera and musical theatre, directing productions at the Royal Opera House, English National Opera, Opera Australia and the Danish National Opera, among many others. Her production of Rusalka for Opera Australia won Best Director and Best Production in both the Helpmann and the Green Room Awards. At the beginning of her career Olivia co-founded Cracked Mirror Theatre Company, which toured nationally and performed the British premieres of two works in Olivia’s own translations.

As is traditional for RCM opera productions, two casts will alternate performances, giving as many accomplished young singers as possible the chance to take to the RCM’s Britten Theatre stage.

The triple-bill is on sale now for RCM Friends and Patrons. General booking opens on Wednesday 29 January 2020.

For more information and to buy tickets, call the RCM Box Office on 020 7591 4314, visit the RCM in person on Prince Consort Road SW7, or visit the event page on the RCM website.

This production is made possible with the assistance of the Basil Coleman bequest.