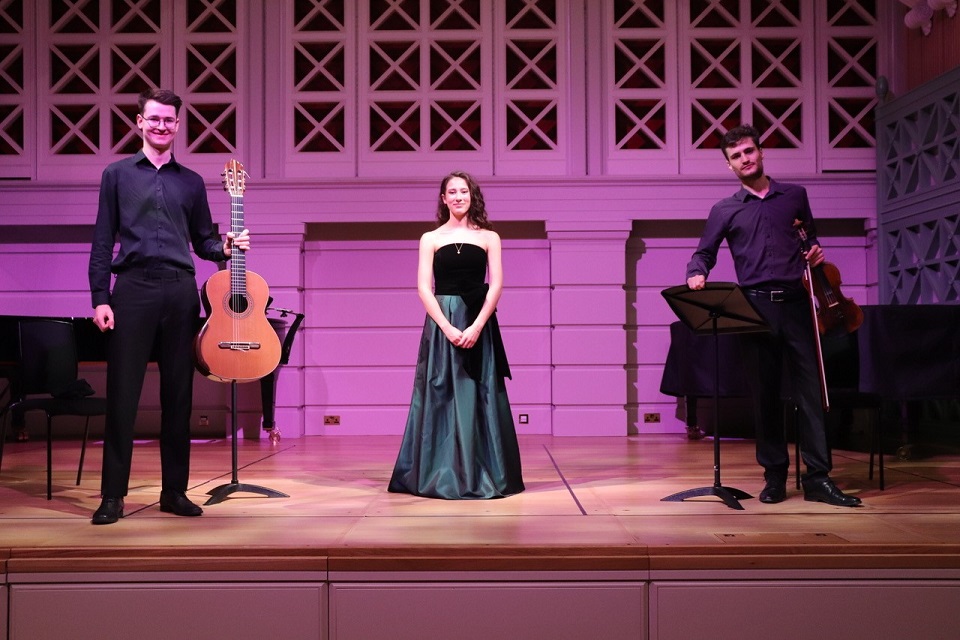 The Royal College of Music is presenting the first in a series of events as part of a major research project into the legacy of migrant musicians from Nazi Europe in Britain. Funded by a £900,000 Arts and Humanities Research Council (AHRC) grant, Music, Migration and Mobility is a performance-led research project which hopes to shine a light on little known music by migrant composers and the impact of migrant musicians on music in Britain.

On Thursday 3 December, the RCM will host the first academic symposium for the project, where the research team will outline its approach with presentations from London and Salzburg and a performance by Ensemble Émigré. The event is hosted in partnership with the Austrian Cultural Forum and Professor Colin Lawson, Director of the RCM, will speak. The full programme for the online event is available on the project website and free tickets can be booked on the Austrian Cultural Forum’s website.

The project’s first musical event was broadcast online on Friday 20 November and featured the music of Mátyás Seiber. Commemorating the 60th anniversary of Seiber’s death, the event featured performances by RCM musicians, followed by a Q&A with the composer’s daughter Julia Seiber-Boyd, Norbert Meyn and RCM musicologist Beth Snyder. Born in 1905, Seiber was a Hungarian-born composer whose music was influenced by folk song, jazz and Schönberg’s serialism. Amidst worsening conditions for Jews in Hungary and Germany he emigrated to Britain in 1935, where he became a respected teacher of composition, founder member of the Society for the Promotion of New Music and choral conductor. His works include ballets, comic operas, chamber music, songs and film scores. The concert can be viewed on demand on the RCM YouTube channel.

Norbert Meyn comments, ‘I am delighted that we are beginning to share the fruits of this fascinating project publicly, albeit online due to the coronavirus pandemic. Our symposium will be an opportunity for us to present our initial findings to the academic community and I am thrilled that the event will feature a concert with Ensemble Émigré, as performance is at the heart of this project. Similarly, it was a joy to hear Seiber’s music brought to life by talented RCM musicians and I look forward to all we have planned for 2021 and beyond.

In the new year, further events tied to the project will see RCM musicians performing the music of more composers who migrated to Britain from Nazi-ruled Europe during the 1930s and '40s. Pieces unearthed by the research will be recorded, some for the first time, and scores will be made available. To find out more about Music, Migration and Mobility, visit the project website.