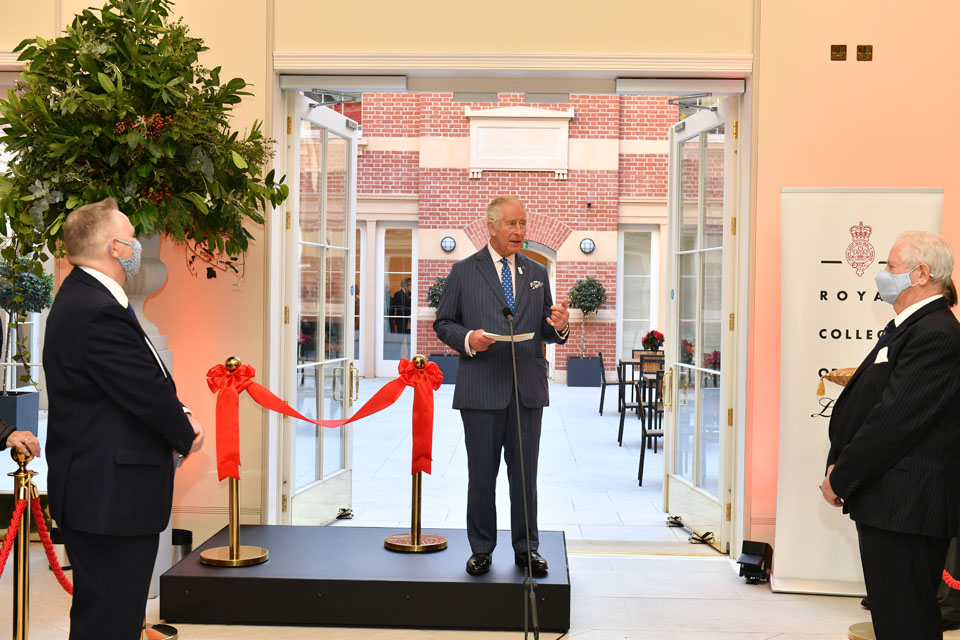 The RCM’s More Music development was funded by a £40 million philanthropic campaign, of which HRH The Prince of Wales is the Patron. Whilst visiting the RCM’s iconic South Kensington campus, His Royal Highness was given a tour of some of the new spaces designed by architect John Simpson and met some of the key personnel who delivered this momentous project. His Royal Highness also toured the new Royal College of Music Museum designed by ZMMA and listened to performances by some of the RCM’s current students.

Professor Colin Lawson, Director of the Royal College of Music, comments: ‘We are delighted that close royal connections have continued to illuminate our work ever since our foundation in 1883 by the then Prince of Wales, the future King Edward VII. We were thrilled that our President played such an active role in the initial approval of architect John Simpson’s visionary plans, and we fully anticipate that these additional resources will further enhance our reputation as a natural first choice for students from around the globe.’

The landmark redevelopment made possible through the More Music Campaign has almost doubled the footprint of the iconic South Kensington site, enhancing opportunities for students and visitors alike. Additions to the campus include the creation of two new performance spaces, a brand-new home for the Royal College of Music Museum, practice rooms for students and a new courtyard and café for students, staff and visitors to enjoy. Each of these additions contributes to an inspirational environment in which students can create, research and perform for generations to come.

The More Music development has touched all aspects of the RCM. It has also enabled an expanded scholarships programme to support the most talented students, regardless of their means; improved research and digital capabilities; innovative academic initiatives; and more opportunities to widen access to classical music through a flourishing community engagement programme.

The More Music: Reimagining the Royal College of Music building development was possible thanks to the generosity of many supporters, with one third of the development funded through gifts in wills. In particular, the RCM would like to thank the Campaign’s Founding Patrons including the National Lottery Heritage Fund, Kingdom Music Education Group, Rena Lavery HonRCM and Sandro Lavery, More Music Campaign Chairman Geoffrey Richards HonRCM, Ruth West HonRCM and the late Dr Michael West and the Garfield Weston Foundation for their significant contributions.